WHY ARE THE FOOLISH IN CHARGE OF AMERICA? 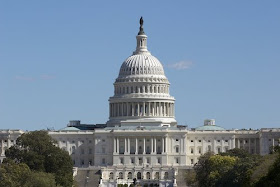 Conservative web journalists and radio talk show hosts are beside themselves at the stupidity of the Obama administration, and rightly so. We, too, bewail the squander of America's wealth, the weakening of her military, the traitorous, despicable mishandling of the CIA, the celebration of moral wickedness, the encroachment of constitutional liberties, the blind commitment to environmental myths, and so much more. While Bush conducted a war on terrorism (though he didn't really take off the gloves), Obama appears to be conducting a war on the war on terrorism.

All of these things, though, are mere symptoms of a deeper problem, one that very few of the conservative pundits understand. America's root problem is the apostasy and compromise of her churches. The problem is not in the White House; it is in God's house. America is not a Christian nation, but America was founded largely by church-going, God-fearing people and the majority of her citizens are still professing Christians.
The root of America's woes is spiritual. The people don't fear God because the churches don't preach the fear of God. For that reason the issue can't be solved by political action and moralistic crusades and Republican or Libertarian rants. I am thankful for the watchdog role of the conservative media and for the fact that there is a viable alternative media today, but the best thing Bible-believing Christians can do to help America is to seek God's face and purify our individual lives and congregations and keep our focus on Christ's Great Commission (Matthew 28:18-20).
A man that has not submitted himself to the gospel of Jesus Christ but who follows false religion such as Catholicism (Sean Hannity, Bill O'Reilly, Laura Ingraham, Michael Reagan), Judaism (Michael Medved, Mark Levin, and Dennis Prager), and Mormonism (Glenn Beck), or who believes the Bible contains myths and denies Christ's blood atonement (Rush Limbaugh and Neal Boortz) does not have the spiritual wisdom necessary to understand the times, and Bible believers would be wise not to drink deeply of such wells.
"Woe unto the wicked! it shall be ill with him: for the reward of his hands shall be given him. As for my people, children are their oppressors, and women rule over them. O my people, they which lead thee cause thee to err, and destroy the way of thy paths" (Isaiah 3:11-12).
If the biblical churches in America would take this matter seriously and call for some special prayer meetings, for fasting and earnest prayer, falling on their faces and confessing their sins, God would probably hear and turn back the tide of wickedness and give us more years. Instead, though, for the most part it is business as usual, and if anything at all is being done it is a misguided attempt to address the situation according to the flesh rather than the spirit, by politics and rantings and anger and fear and frustration and worldly demonstrations and unscriptural associations.
"For the weapons of our warfare are not carnal, but mighty through God to the pulling down of strong holds" (2 Corinthians 10:4).
And that, knowing the time, that now it is high time to awake out of sleep: for now is our salvation nearer than when we believed. The night is far spent, the day is at hand: let us therefore cast off the works of darkness, and let us put on the armour of light. Let us walk honestly, as in the day; not in rioting and drunkenness, not in chambering and wantonness, not in strife and envying. But put ye on the Lord Jesus Christ, and make not provision for the flesh, to fulfil the lusts thereof" (Rom. 13:11-14)."
Yes, we need to pray earnestly for on going freedom in our land to preach the Word and share the Gospel. May the Lord bless you.
The following is a commentary by David Cloud of Way of Life Ministry. http://www.wayoflife.org/
The Kingdom of Heaven is at hand!
The Friday Church News Notes is designed for use in churches and is published by Way of Life Literature's Fundamental Baptist Information Service. Unless otherwise stated, the Notes are written by David Cloud. Of necessity we quote from a wide variety of sources, but this obviously does not imply an endorsement. We trust that our readers will not be discouraged. It is God's will that we know the times (1 Ch. 12:32; Mat. 16:3) and that we be as wise as serpents and harmless as doves. The News Notes remind us that the hour is very late, and we need to be ready for the Lord's coming. Are you sure that you are born again? Are you living for Christ? "
The Ignorant Fishermen at 3:26 AM 2 comments:
‹
›
Home
View web version