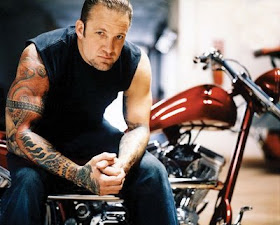 In the news of late, Jesse James - the husband of Sandra Bullock and CEO of West Coast Choppers - has been added to the ever growing list of public figures in Red Light District America who have been found to be abominably unfaithful to their spouses and are sexual addicts. These super stars live such a life of fame which opens doors for indulgence and excess which few survive. In the end, these excesses consume them and bring devastating consequences upon themselves and their loved ones. Once this Pandora box life style is opened few ever can close it. History is full of countless actors, musicians, politians and individuals that can testify to this reality. It is only the ones who turn to the reality of Almighty God in contrition and with a contrite and humble heart that are truly able to be delivered from their sexual addictions and practice of vice (Psalm. 51:17, Matt. 11:28-30, Col. 3:17-21). This is not meant to be a degrading statement or a condescending appraisal. It is one rooted in reality, truth and love. Many who have been given over to this life style have found forgiveness, pardon and healing from Almighty God and full acceptance in Jesus Christ (Psalm 103:12, Is. 43:25, John 6:37). Many can testify to reality with great joy! (Rom. 6:6, 1 Cor. 6:9-11, Col 3:17-21, Titus 3:3-5). 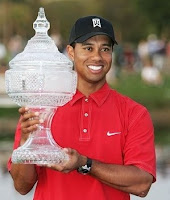 The Bible teaches; So I say, live by the Spirit, and you will never fulfill the desires of the flesh (Gal 5:16) and; Now those who belong to Christ Jesus have crucified the flesh with its passions and desires (Gal 5:24) also; But put on the Lord Jesus Christ, and make no provision for the flesh in regard to its lusts (Romans 13:34).
"Only in Christ can one be set free from the bondage of sin and such destructive passions and vices (John 8:36)"
Know ye not that the unrighteous shall not inherit the kingdom of God? Be not deceived: neither fornicators, nor idolaters, nor adulterers, nor effeminate, nor abusers of themselves with mankind, Nor thieves, nor covetous, nor drunkards, nor revilers, nor extortioners, shall inherit the kingdom of God. And such were some of you: but ye are washed, but ye are sanctified, but ye are justified in the name of the Lord Jesus and by the Spirit of our God (1 Cor. 6:9-11). 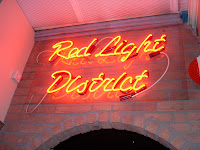 Unfortunately, the greatest victims of this oppressive tyrant are children. These are absolutely ravished by the horrific consequences that followed in the wake of this super tsunami called the Sexual Revolution of the 60’s.
Women have also been shackled and enslaved in the repercussions from this decadent “Revolution.” There is nothing truly “liberating” about it at all. How could it be that the mothers (i.e., women) are the leading killing genocidal machines since 1973? A great number of women today in the U.S. are given over to reprobate practices of licentiousness, and have prostituted their bodies - and their humanity - to any individual in a vain attempt to satisfy their famished souls.
Women have always been a good moral barometer in a given society. When they are degraded to base lewdness and licentious practices, a society suffers greatly. When women are at their lowest estate so also is the nation.
The Master Panderer and His Game Plan

Lucifer is the despotic tyrant and oppressor of Adam’s fallen race. He fully understands his unregenerate human slaves (Eph 2:1-3; Heb 2:14-15). He is the “supreme hunter” of souls (Isa. 14:16-17; Ezek. 28:19; Luke 4:5-6; 2 Cor. 4:34; 1 Peter 5:8). He fully comprehends the fallen nature of humanity and our sensual desires, which are governed and dominated by our 5 physical senses. He knows how to manipulate, entice, bait, snare and catch his prey for his twisted will (Eph 6:11-12). He has been an “active observer” of the sins of humanity for ~ 6000 years (see Gal 5:19-21), and he knows that once immoral lusts and sexual vices have taken hold and snared his prey, he’s accomplished his task.
"What other way to destroy a nation that was founded on Godly and Biblical principles - both natural and spiritual - but from within?"
One of the Founding Fathers of our country, John Adams stated, “Our Constitution was made only for a moral and religious (Christian) people.”
This is the master tactic in the Luciferian play book, i.e., to initiate subtle suggestions via the world’s media and to cause a vast “dumbing down” of the people and nation to a base (immoral) and relativistic, unbelieving state (Rom 1:18-32). This serves to further his evil agenda of causing people to unknowingly join his ongoing rebellion against his Creator and Lord, Almighty God (Luke 4:5-6; Eph. 2:1-9, 6:12).
This tactic was used first in the Garden of Eden (Gen. 3:1-7), then as a catalyst to bring about the divine judgment and removal of the millions in the pre-flood world (Gen. 3:22, 6:1-2). Lucifer (or Satan) corrupted and sought to destroy God’s chosen nation of Israel and thus prevent them from displaying Almighty God’s glory to the unsaved nations of the world, and from being a vessel for God’s great redemptive plan and propose for all humanity (Num. 25:1-3, 31:16; 2 Samuel 11:1-5, 14, 18:20-21; 1 Kings 11:1-13; Ezra 9:1-2; 1 Cor. 10:8). This tactic also corrupted the “heart soil” of the people of Israel for receiving their Messiah at His first coming (Matt. 12:39, 16:4). Even now this same tactic is being applied globally - as is evident in today’s current global licentious climate - to bring about the reception of Lucifer’s ultimate minion and tool, The Man of Lawlessness or the Anti-Christ (2 Thess. 2:3-12; Rev. 13). When this godless secularist and lawless (non-absolutist) individual is revealed, the whole world – now given over to total wickedness - will be ready to receive and worship the Lie of all Lies, the Abomination of Desolation (Matt. 24:11-12, 15; 2 Thess. 2:3-4; Rev.13:12).
With his entire being Lucifer hates and despises Adam’s race created in the image of Almighty God . He oppresses, exploits and uses them (Eph. 2:1-3; Heb 2:14-15) until his doom is sealed (Matt. 25:41; Rev. 20:10). It is because of the Lord Jesus Christ, who is “The Seed of the Woman” (Gen. 3:15; Matt. 1:20-23; Luke 1:30-35; John 1:14, Heb. 2:14-15, 10:4-12) that his doom is sure and his judgment final. That might be the reason for his intense hatred of the female population. In his fall and rebellion against Almighty God, the archangel Lucifer became known as the Devil (adversary) and “the accuser of our brethren,” Satan (Rev. 12:9-10).
Almighty God - Sobering Conclusion and Remedy
Just before Christ’s glorious second coming to earth to establish His 1000-year kingdom reign in righteousness, a massive global evangelization of the whole world will take place. Almighty God wants no one to perish but all to come to the saving knowledge of Jesus Christ His Son (John 3:16-17; 1 Tim. 2:3-4).
.
"God’s Word states, Or despisest thou the riches of his goodness and forbearance and longsuffering; not knowing that the goodness of God leadeth thee to repentance? (Rom. 2:4)"
In His great mass-global evangelization effort to reach humanity, Almighty God uses His Two Witnesses, 144,000 Jewish missionaries and angelic decrees, pleading for man to repent and be delivered from the wrath to come (Matt. 24:14; Rev. 7:1-17, 11:1-13, 14:6-7)! The unrepentant attitude of the hard-hearted people during this time will only continue to worsen until their hearts attain a “diamond-like” (i.e., very hard) consistency. These will not repent to give Almighty God the glory (2 Thess. 2:10-12; Rev. 9:20-21, 16:9-11)! This will be the catalyst to lead the rebellious, demonically-controlled multitudes in the great climactic battle of all the ages, The Battle of Armageddon (Psalm 2; Isa. 10:27-34; Rev. 16:13-16, 19:11-21).
When all options have been exhausted, God in His great wrath will send His Son from Heaven to destroy this global mutiny against the sovereignty of Almighty God and His Christ (Psalm 2; Zech. 14:3-4, 12; 2 Thess. 2:8; Rev. 19:11-21).
After this global blood bath and purge of all rebellious humanity (Mal. 4:2-3; Matt. 25:31-46; Rev. 19:11-21), Almighty God will set up His righteous kingdom on earth in Jerusalem (Isaiah 11:1-10; Daniel 2:44-45, 7:13-14; Rev. 11:15).
It will take the absolute decimation of rebellious mankind to usher in God’s Kingdom and end Satan’s tyrannical reign and outworking of the lawless practices of man in this present evil world (Gal. 1:4).
God Calls Out To You 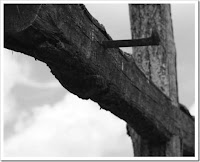 In these increasingly debauched and licentious days, Almighty God calls for all to be saved and delivered from the wrath to come (1 Tim. 2:4; 2 Pet. 3:9). Have you received into your heart and life the Savior of the world - the Lord Jesus Christ - as your personal Savior from your transgressions against Almighty God and His righteousness?
For God so loved the world, that he gave his only begotten Son, that whosoever believeth in him should not perish, but have everlasting life. For God sent not his Son into the world to condemn the world; but that the world through him might be saved (John 3:16-17).
But as many as received him, to them gave he power to become the sons of God, even to them that believe on his name (John 1:12).
Behold, I stand at the door, and knock: if any man hear my voice, and open the door, I will come in to him, and will sup with him, and he with me (Rev. 3:20).
The only solution to the depraved and ever-growing lawlessness of the world we are living in today is found in the Person of Jesus Christ. He is the ONLY ONE who can rescue humanity from the end result of sin and lawlessness. May you place your trust and hope in Him today. You will never be the same!
The Kingdom of Heaven is at hand!
DJP I.F.
Edited by BEL I.F.
The Gospel of John Challenge
The Base World of David Letterman and Hollywood
The Stupid That Follow Cupid – Eros Love In
Reaping the Consequences
Safe Sin