What is Driving the Left's Hatred of Sarah Palin? 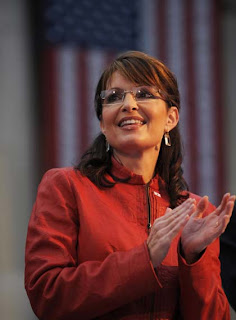 Ever since Sarah Palin entered the national political arena two years ago as the Republican VP nominee, she has caused sheer panic in the hearts and minds of the Leftist Liberals and Moderates in America. Accordingly, the Leftist media is hell-bent on doing all they can to discredit Palin’s accomplishments and destroy her character at any cost. Even now, much effort and energy is being expended to deceive the American people regarding her considerable achievements. Her popularity among Tea Party and conservatives is astounding, and many believe that she will get the 2012 endorsement for the presidency. As Sarah's new books were flying off of the selves, the progressive libs in their hatred were attacking and trashing her on Amazon.com's book review section.  Newsweek a few months ago took some shots at Sarah with their subtle article on Palin and her great influence with conservatives and being the voice of evangelical women.

Even now, the Left and its State-Run Media Minions are now extremely busy trying to discredit Palin and have set up an unparalleled smear campaign to derail any 2012 presidential run.

Remember how the Left loathed and eschewed George W. Bush? Their daily bombardments and slander of this man's character utterly destroyed his reputation and achievements. It didn’t help that he sat by and took it and never went after his political enemies. The New Tone destroyed Bush and weakened the Republican Party so to strip it of any power.
. 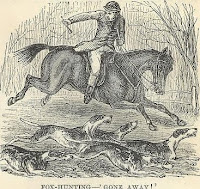 Palin, a social and moral Conservative, sends chills up the spines of the Leftist Media Elite. They are honestly horrified of her fundamental core values and belief in moral absolutes. There is something about moral absolutes, core values, accountability and faith in Almighty God that absolutely terrifies the liberal-progressive mindset. The Liberal mind utterly abhors and rejects these tenets. They live in a “relative,” pluralist reality and any threat to their delusional world must be attacked and destroyed.There are no depths of the destructive slander, no depths of baseless acquisitions, no lawsuit too frivolous, and no tactic beyond the hate-filled secular-leftist, “Democrat” organization that they will not use to hold their power base and autocratic position of national leadership. This is an all-out war to them and any threat must be exterminated. It is a Leftist trait. Look at the history of Hitler and the Nazis, Stalin and the Communists, Castro, Mao, etc. Seek and destroy to preserve the position of power at any cost.

Who truly knows what Palin’s future political ambitions are for the future? For all we know, she might just be calling it quits, but I think not! Who can endure such a supernatural movement of the demonic world and of the fallen, base mind of the political Left machine? 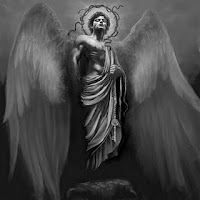 One only needs to think “outside the box” of this world system and believe Almighty God and His Word to see more clearly the big picture. The Word of God teaches: "For we wrestle not against flesh and blood, but against principalities, against powers, against the rulers of the darkness of this world, against spiritual wickedness in high places" (Ephesians 6:12). It's much bigger than just us!
Here is the heart of the matter. There is now ensuing a Great Spiritual War for the hearts, minds and souls of men. Satan's desire is to remove the United States from the World Stage along with its Judeo/ Christian heritage. Also included in his diabolical plan for the country’s demise are any remnants of Christian testimony and support of Israel. At the present time, Satan's Minions abound everywhere in the American Mainstream Media. They unknowingly do his will (see 2 Corinthians 4:4) . Satan’s goal is to destroy any semblance of "Rightness" and that which threatens his evil agenda. 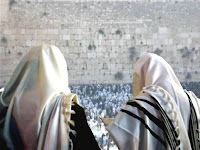 In the Great Tribulation period which is coming upon the Whole World (see Luke 21:35), God's Two Mighty Jewish Witnesses (Rev.11:3-13) will speak with great Authority and rebuke the inhabitants of the world for their Godlessness. They will also preach repentance and faith in Jesus Messiah for Salvation. The Bible says that their Words will torment the inhabitants of the World with reality and truth (John 3:18-21, 2 Thess. 2:2:10-12, Rev 11:10). Satan will seek to destroy these Witnesses via the media, national governments, assassination attempts, etc. - all to no avail until the allotted time. They will preach God's Word and it will torment those who reject it. We can see today just a glimpse of what will be attempted in the near future.

How real and how true is this truth! People run for the hills, change the subject, run for cover, hide their children, tremble and shake whenever the True Gospel message of Jesus Christ is declared.

My friend, God loves you and sent his Son Jesus Christ to be our Savior, and to save us from the wrath which is to come on the ungodly. You don't have to hide from Him. He is there to receive you as you receive Him, and to love you and deliver you from the judgment and consequences of sin.

Do you know the Lord Jesus Christ as your Lord and Savior? If not, trust Him today! Quit hiding in fearfulness and receive Him today. Only Christ will CHANGE your life and you will never be the same.

The Kingdom of Heaven is at hand!
DJP I.F.