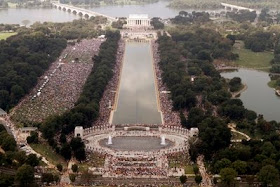 Finding America now at the crossroads of radical socialism and a return to its traditional roots, tens of thousands of Conservatives went to Washington D.C. to support Glen Beck’s Restoring Honor Rally. We will not get into the details of the rally since much of it is already known by our readers. We would rather focus on the spiritual apostasy taking place and the grand deception of the masses of conservatives appearing in Washington for this event. 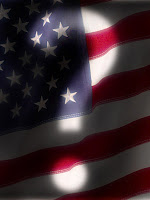 It is no secret that America has lost its way over the last 50 years seeking secular and socialistic solutions for our ills while abandoning our Founding Fathers’ vision of the principles of the Laws of Nature and of Nature’s God. The Left’s ever growing aggression against these crucial moral absolutes and those who practice them has left our American family unit, society and culture a horrific wasteland on the verge of absolute social collapse.

In these last two years under a dominating secular socialist media and a secular socialist majority in the House, Senate and Presidency, social decline and decadence in our country has rapidly accelerated. Like never before in our history, the American people are suddenly awakening to the socialistic and secular agenda that is being established right here in the U.S. of A.

Present at this event were tens of thousands of individuals from many different “Christian” denominations or various ideologies, and along with them they brought as many different “Christs” created or fashioned by their own family traditions and personal philosophies (Gal. 1:6-9; Col. 2:8; 1 Tim. 6:3-5; Titus 1:15-16).

The problem is that a majority of conservatives today adhere to a relativistic form of Christianity while rejecting outright Almighty God’s biblical plan of salvation by grace. This includes a full accountability to His eternal Person, righteous laws and absolutes (Romans 6:23; Eph. 2:8-9; Titus 1:16).

Such compromisers hold to the “social commandments” of God which relate to one's temporal existence but reject the absolute spiritual requirements of absolute righteousness for their eternal well-being. By observing and practicing the golden rule, or participating in certain charitable work and showing human kindness (all of which are noble), they are seeking to gain heavenly merit by these actions which can NEVER compensate or overcome their violation of God’s eternal righteous standards (Romans 3:19-23, 10:2-4; Eph. 2:8-9).

Noble but Not Righteous (Perfect) 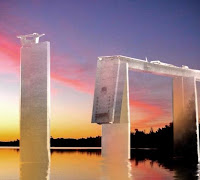 For we wrestle not against flesh and blood, but against principalities, against powers, against the rulers of the darkness of this world, against spiritual wickedness in high places (Eph 6:12).

It is far much greater than us and having our small, temporal earthly agendas. We are smack dab in the middle of a horrific spiritual war between the intelligentsia of evil (fallen angels) and God’s eternal sovereignty. That is why God sent His Son to rescue us from this present evil age (Eph. 2:1-22; Gal. 1:4).

Beck the Voice of the Inching Ears

Beck of late has been speaking about God more than any conservative out there. Much of what he has to say sounds right, but when he speaks of a unity on a spiritual level with “conservative Christians” and rejects sound Biblical doctrine as laid out in Almighty God’s Word, thereby invoking spiritual ecumenicalism… stay away!

The God of Truth and Righteousness

My friend, let me ask you the ultimate question. Do you know the Lord Jesus as your personal Savior, as taught in the Bible? I would challenge you to make yourself absolutely certain of this. In the future many will be utterly horrified when they find out they have trusted a false religious system and deceived themselves by having their own make-believe Jesus (or god) in contradiction to God’s Word and the Spirit of God’s ministry (Matt. 7:21-23, 25:41; Rev. 20:10-15).
.
"Much truth and virtue with a little “cyanide distortion” will bring absolute ruin in the end"
.
We all will be held fully accountable for our transgressions against God's eternal absolutes. Only Christ has perfectly kept the full Law of God with His whole heart, soul and mind. It is ONLY by His FINISHED WORK on the cross of Calvary and by His resurrection from the dead that we can have pardon and find forgiveness (John 19:30; Rom. 10:4; Gal. 2:16-21; Heb. 9:12).

Not every one that saith unto me, Lord, Lord, shall enter into the kingdom of heaven; but he that doeth the will of my Father which is in heaven. Many will say to me in that day, Lord, Lord, have we not prophesied in thy name? and in thy name have cast out devils? and in thy name done many wonderful works? And then will I profess unto them, I NEVER KNEW YOU: depart from me, ye that work iniquity (Matt 7:21-23).
.
As the day grows darker - nationally and globally – trust not the many sincere-sounding voices of unbelieving deceivers who are out there, but may you find your hope and eternal expectations ONLY in Almighty God’s dear Son in Spirit and in Truth (John 4:24).

Related posts on this topic.

A Message To The Conservative In These Trying Days

Conservatism Without the Righteousness of Almighty God is Bankrupt

What is a Conservative Reprobate?

What Is Sin? The Testimony of the Egg

The Ignorant Fishermen at 2:15 PM No comments:

Exercising Our Privileges in Christ in Light of These Last Days 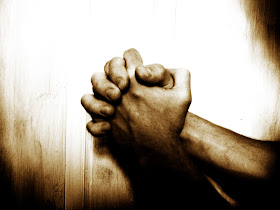 This message - the third in the series on the "24 Elders of Revelation " - "Exercising Our Privileges" by GFP I.F. will greatly inspire you and help you comprehend your position and holy calling in Christ for God’s Glory (Eph. 1:3, 2:5-10, Col. 3:1)! God has a WONDERFUL plan for you as you exercise His will for your life for His glory on the battlefield of time (Eph. 6:12, 2 Tim 2:1-5)!
.
"I know thy works: behold, I have set before thee an open door, and no man can shut it: for thou hast a little strength, and hast kept my word, and hast not denied my name (Rev 3:8)"
The Kingdom of Heaven is at hand!

The 24 Elders of Revelation

MBC - Thousands of Pages of Bible Studies and Helpful Materials for Studying God's Word.
The Ignorant Fishermen at 5:58 PM No comments:

The Apostasy of the Religious Right - The Manhattan Declaration 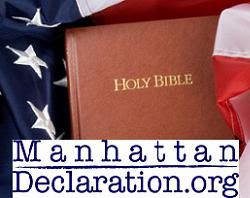 In a day of ever-growing moral collapse and turmoil in Washington D.C. and our nation, the American Religious Right have been linking up together more and more on current social and moral issues called “pro-natural laws.” Many of the American Religious Right have even put aside sound Biblical teaching and eternal spiritual absolutes of time and eternity in favor of a greater "social unity” with those who do not hold to such doctrines (Deut. 22:10; 2 Cor. 6:14; Eph. 5:6-8).

What is the Manhattan Declaration? 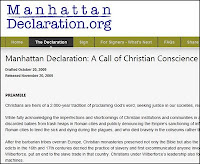 In their ignorance and unbelief, these Manhattan Declaration signers have crossed this line and seem to be oblivious to this most pertinent of all realities. They are - perhaps unknowingly - promoting a Conservativism without Christ.
The “Conservative First” Mentality 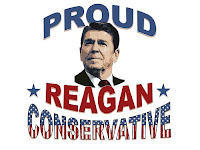 Redeeming the Time Wisely For The Lord 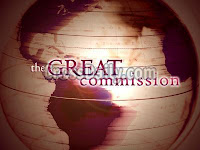 Beloved, The Kingdom of Heaven is truly at hand!

The Ignorant Fishermen at 4:56 AM 3 comments:
‹
›
Home
View web version