The World's Media War Against Israel 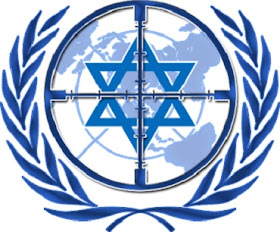 
"There has been an ongoing effort in the liberal, secular Mainstream Media here in the United States and in the Global Media abroad to demonize Israel at every opportunity"

There has been an ongoing effort in the liberal, secular Mainstream Media here in the United States and in the Global Media abroad to demonize Israel at every opportunity. As I was following the many different news outlets especially during the recent Gaza War, I was astounded over the anti-Israeli bias. This bias was so blatantly obvious that even a fan of MSNBC couldn’t miss it. The Mainstream Media was hell-bent on slamming Israel on all fronts of the war in Gaza, and Hamas, Iran and Syria knows this all to well.

Now the Mainstream Media once again have joined forces with the Obama administration to go after Israel concerning Israel's current established borders. How much does Israel have to give away to their enemies to gain the world’s favor? How about... every thing! When it comes down to it, there is nothing that Israel can do right in the eyes of the world's fascist dictators and secular socialistic leaders. These continue to hammer Israel on almost every occasion and on every front. The PR (Public Relations) war has become the most destructive of all wars. It seeks to plant the seeds of Anti -semitism and anti - Israeli opinion on the world's masses. From these seeds come forth hatred, terrorism and wars. We will see later how this public relations war is setting the stage for the grand global epic of "The Battle of Armageddon".
. .

"How much does Israel have to give away to their enemies to gain the world’s favor? How about every thing!"
The Hamas leadership is brilliant when it comes to fighting a PR (Public Relations) war. All events and casualties are carefully scripted and choreographed for maximum effect. They purposely place women and children in key locations, knowing that they will be destroyed. These are leaders of a cultural ideology of violence and death. Hamas and the Arab world know they cannot beat Israel militarily. That fact has been proven several times since 1948. The only way to cause damage is to slander them by way of today’s media outlets. They have succeeded with the 24/7 cable TV news outlets, newspapers, magazines and the Internet to endlessly bombard the world’s daily followers with their anti-Israel propaganda. Their objective is to continually sway public opinion in their favor and to grant legitimacy to their hatred and plans for the annihilation of Israel.

The Palestinians have been the pawns of the Arab world since 1948. They have been basically abandoned by the Arab world and mainly used as a thorn in Israel’s side for promoting the destruction of that nation. There is boundless proof to that statement.
. 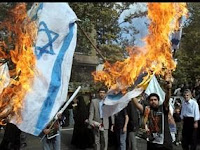 Without God’s Word and His Revelation, who would ever know? The Bible states: "For we wrestle not against flesh and blood, but against principalities, against powers, against the rulers of the darkness of this world, against spiritual wickedness in high places (Eph.6:12). This is a key verse in understanding the present reality!

Today there is a great war raging for the hearts, souls and minds of men and women everywhere. This great war takes place in the spiritual realm, and Israel is a key piece to the success of the god of this world (i.e., Satan, the Devil, Lucifer). He must eradicate Israel (Rev. 12). All the promises of Almighty God are centered around Israel for the well-being of the nations and planet earth. Satan knows that if he can destroy Israel, he will have discredited Almighty God and thus justified in his vain rebellion. All Israel’s promises must come to pass, as Almighty God has stated in His Word, and they most certainly will!

Satan uses his God-given brilliance for one purpose and one purpose alone: a mad attempt to discredit his Creator and exalt himself above Him. Satan's Minions (demons) abound everywhere in the world today. Satan exerts diabolical control over the American Mainstream Media, the global media, leaders of world nations, The United Nations, etc (Luke 4:5,6). These individuals and organizations unknowingly do his will. He knows how to maneuver and appeal to their carnal (fleshly) fallen nature, which is governed by the five physical senses (sight, smell, taste, touch and hearing). The godless, secular liberal mindset is the most open to Satan's suggestions and the world media, leadership and peoples fit this category. Lucifer’s Godless, trend-setting agenda - which includes the destruction of Israel - is outworked in the physical realm. This evil agenda is accomplished by demonic activity throughout humankind, who are blinded in their unbelief and ignorance of Almighty God and His Word (2 Cor. 4:4, Eph. 2:1-3). These humans do his (Satan’s) will quite readily because they are the most susceptible to it.


"The godless, secular liberal mindset is the most open to Satan's suggestions and the world media, leadership and peoples fit this category." 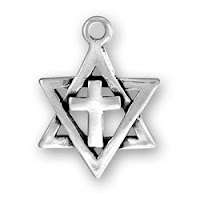 In these prophetic last days before the Lord Jesus Christ’s return to earth to establish His glorious Kingdom with His throne located in Jerusalem (Psalm 48, Zech. 14:16), Israel, expect the Israel-bashing from an unbelieving, godless world to intensify until the commencement of the Battle of Armageddon (Psalm 2, Zech. 12:8-9, Rev. 16:13-16). Israel is a sign to the world that Almighty God and His Word are absolutely true and sure. In these days of great confusion and uncertainty, God is absolutely trustworthy! My friends, the world will soon say, “Israel must be destroyed!” Then will all nations go against Israel and Christ (The Messiah) will appear in the Heavens, coming in great power and glory to destroy Israel’s enemies! (Matt 24:29-30, Rev. 1:7, 19:11-21).

In these days of increasing anti Semitism, may Jew and Gentile find their hope and security in the God of Abraham, Issac and Jacob and the Off Spring of David - Yeshua (Jesus) The Messiah.
May it be your sincere desire today to know the King of the Israel - The King of kings and Savior of the world - The Lord Jesus Christ.

The Kingdom of Heaven is at HandThe Seventy Weeks of Daniel
Islam in the Day of the Lord
Islam and the Gentile World's Best Friend - The 144,000 Jews of Revelation
,

The Ignorant Fishermen at 5:16 AM 4 comments: 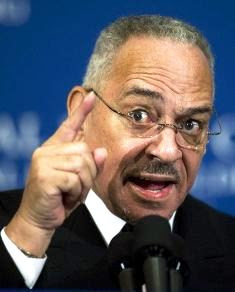 The is at hand!

The Ignorant Fishermen at 5:34 PM 2 comments:

Watching America Fall From Within

Watching America Fall From Within 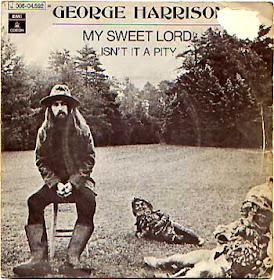 The Ignorant Fishermen at 6:43 AM No comments:
‹
›
Home
View web version