Godly Music That is Truly Honoring to the Lord 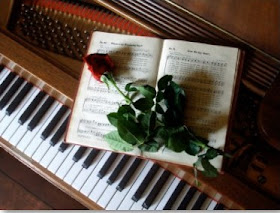 Worshipful, Reverent, God-centered, Biblically Based Music Which Is Appropriate for Those Who Have Been Purchased by Christ's Blood
God has wonderfully delivered us from this present evil world (age), according to the will of God and our Father (Gal. 1:4). We are bought with a price and we are no longer our own (1 Cor. 6:19-20). We are bought by blood and bound by love. We are separated unto the gospel of God (Rom. 1:1) and we are separated unto the God of the gospel. Having brought us out of a horrible pit and out of the miry clay, He has put a new song in our mouths (Psalm 40:1-3).

The new song, by its very nature, must be very different from the old song. The world knows nothing of the new song. They know nothing of deliverance from sin and peace with God. They know nothing of a precious Saviour ("unto you, therefore, who believe He is precious"–1 Peter 2:7). To them the cross is foolishness (1 Cor. 1:18; 2:14). The only songs they know are self-centered and pleasing to the flesh. Those that are in the flesh cannot please God (Rom. 8:7-8), neither can their songs.


The world knows nothing of the new song. They know nothing of deliverance from sin and peace with God.
When I (George Zeller) first came to the Middletown Bible Church in 1969, it was my first exposure to a Bible believing church, and one of the first things I noticed was that the music was different. The pianist was not accomplished. She did the best she could and made her fair share of mistakes. But the people sang from their hearts as if they really meant what they were singing. They were not just going through a religious ritual. They were redeemed and they loved to proclaim it. I had been to many churches where the music was quite polished and professional, but it lacked the sounds coming from souls who knew that they had been set free. The difference was quite evident.

An actor was asked to recite the 23rd Psalm. His recitation was fluent and exceptional, with perfect intonation and diction—a flawless performance. A godly pastor was asked to recite the same Psalm. It was done from the heart and the difference was profound. One man knew the Psalm but the other man knew the Shepherd. So also, those who truly know the Shepherd are going to sing much differently than those who know Him not. 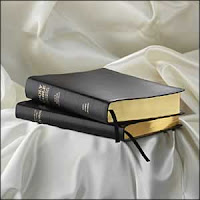 How can someone sing psalms, hymns and spiritual songs if he is unsaved, unspiritual, having not the Spirit? On the other hand, how can a spiritual believer delight in the "song of fools" (Eccl. 7:5)? The two are incompatible. The new song belongs with a new creature in Christ. The old songs belong to our past life to which we have died ("old things have passed away"). "For ye died, and your life is hidden with Christ in God....Christ who is your LIFE" (Col. 3:3-4).

There is a massive movement in our day to bring the music of fools (CCM) into the house of God, including the jungle pulsing drumbeat and everything else connected with such sensual and fleshly musical styles. Worshipful, spiritual, reverent, God-centered, Biblically based music is becoming more and more rare in the churches. Instead of honoring the Rock of Ages, we have entered the age of Christian rock.

Peter Masters, Pastor of the Metropolitan Temple in London (where Charles Spurgeon used to preach), has shared similar concerns:

As if to test the convictions of believers, the hippie and worldly Christian movements came into being, and initially, most conservative evangelicals were appalled. Why are they not all still appalled? Quickly, the new trends were picked up by leaders of youth groups, shallow churches, and certain international evangelists who had come to put earthly appeal before the standards of the Lord.
.
Called Out of the World

The father of the faithful, Abraham, was called to come out of the culture of a pagan world, and live life in an altogether distinctive way for the Lord. The children of Israel in the wilderness were severely judged for wanting to go back to the foodstuffs of Egypt, even though these were not intrinsically sinful, because God had provided something special for them. The Lord was teaching them to be a distinctive people. Under the law of Moses the people were taught in many ways to distinguish between holy and unholy, and between clean and unclean, even if it meant the forbidding of things not inherently evil, in order to drill into them the law of distinction and separation. New Testament Christians have traditionally believed (as Paul said) that these 'things were written for our learning'.


There must be a marked distinction between sacred and secular.
Whether we consult the Old or the New Testament, purity and separation are ever to be maintained in worship. There must be a marked distinction between sacred and secular. The New Testament repeatedly commands us to hold ourselves apart from worldly activities which exalt or enshrine sinful acts and lifestyles. This is a tale of two kingdoms. 'Love not the world, neither the things that are in the world,' says John. Wherever this world's culture distinctively serves and represents fleshly living, it is to be rejected by believers. Historic, mainstream evangelicalism has always taken this very seriously. Today, pastors and leaders of inferior spiritual substance are wrecking the worship of these churches, and selling them into a progressive worldliness from which they will probably never recover. This is the tragedy of the hour. What is the point of preaching or contending for sound doctrine, if the church's practice has submitted to the world and become offensive to God? What is the point of correcting the sails if the boat is irreparably holed beneath the water line?

Ministers may continue to preach sound doctrine in the midst of carnal noise - but they will only be serving Satan's purpose by calming and reassuring the faithful, while corruption gains total control. Many churches which have gone down this road in recent years have already become markedly shallow, frothy and indifferent to biblical standards. They have turned their Father's house into a den of entertainers. The writer has many testimonies to this effect, and has seen it in some very large churches in the USA. There, numbers have sometimes increased, but faithfulness and spirituality have plummeted. This is the future for those who defect to the contemporary worship scene. To go this way, therefore, is to be guilty both of great foolishness, and spiritual disobedience. We must stand clear - not on the grounds of taste, but on the grounds of sin.


There numbers have sometimes increased, but faithfulness and spirituality have plummeted.
When it comes to music standards and anything else, may we not allow the world to squeeze us into its ungodly mold (Rom. 12:2). May we delight in singing the song of a soul set free!

The Ignorant Fishermen at 9:14 AM 6 comments:

Kim Kardashian and the End of Marriage 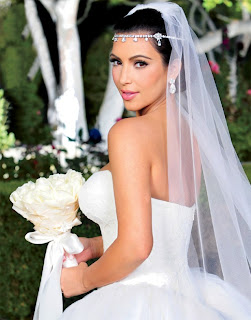 Kim Kardashian one of Hollywood's most self centered and narcissistic spotlight hogs has just filed for divorce 72 days after her 10,000,000 dollar wedding! LOL!!! One has to just laugh their head off at the mindset of these godless and delusional pampered princesses of "It's all about Me- ville." This lawless, pampered and spoiled brat is absolutely oblivious to what marriage pictures and truly represents (Eph. 5: 28-33). Kardashian has made a TOTAL mockery of Almighty God's Divine institution making extremely light of it and violating her vows in which she took before men and Almighty God her Creator. No doubt Kardashian has excused herself and has rationalized away her base actions in light of her own self-centered personal agenda (2 Tim. 3:1-5). This increasing narcissistic mindset is an ever growing trend and sign of the times that the Day of the Lord is ever at hand! This cheap and poor comprehension of marriage is par for Hollywood and their godless and lawless inhabitants. Sadly, these reprobates are Satan's trend setters for the ever growing godless and lawless population of America. Almighty God evaluates one's personal beauty based on His RIGHTEOUSNESS - which is only found in Jesus Christ - and NOT in one's temporal genetic appearance (Eccl. 1, Isa. 40:6, Rom. 10:2-4, Gal. 5:19-21, 1 Peter 1:24, 1 John 2:17). Sadly this is a REALITY that those in Hollywood totally are oblivious to. No doubt Kim will play the victim and milk all the publicity that she can get to feed her vanity, for sadly in the end ... it is all about her (Eccl).
/

Kardashian has made a TOTAL mockery of Almighty God's Divine institution and has violated the vows in which she took before men and Almighty God her Creator. 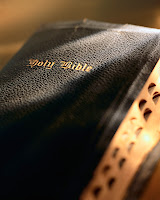 The Bible speaks of these Last Days and testifies to what the social conditions will be at this time among those who profess Christ and have a "form" of godliness. (Romans 10:2-4, 1 Tim. 3:1-7,2 Tim. 4:1-3, Jude, 1:10, Rev. 3:14-22). At this time, a secular progressive movement - initiated by the super fallen intelligences of fallen angels (i.e., demons ) will begin to dominate and influence the entire world preparing the world for Lucifer's lawless minion and the global worship of himself and his lawless super -ultra fascist world leader (2 Thess. 2:3-12, Rev.13). One of the signs of these last days will be the demonically led anti -marriage movement along with other apostate teachings. As we see this ever growing lawless moment sweeping the world, especially in the West. We today can see the very shadows of the things which are about to come. This lawless spirit dominates the West's progressive Left, but what is most alarming is how it is sweeping into moderate and some conservative circles as well. When these groups begin to embrace this rebellious movement against the very bedrock of the world's most sacred institution how long will it truly be until we are face to face with the Day of the Lord!


One of the signs of these last days will be the demonically led anti -marriage movement along with other apostate teachings. 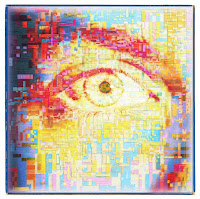 Liberal /progressives reject these core moral absolutes and practice a sensual subjectivism that sees God ordained absolutes through the prism of relativism and pluralism. They possess a fear of moral absolutes and believe that true freedom is to be free from any Divine instituted moral absolutes or laws that suppress their unbridled passions (Psalm 14:1-3, Isa 24:5, 2 Tim 3:1-7, Jude 1:10). They are lawless in their practices and hostile to any that impose a Divine reality or the adherence of moral absolutes (Rom. 1:28-32).
. 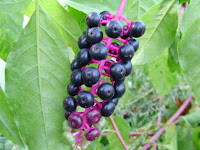 The Lord Jesus stated that, you shall know men by their fruits and by their actions (Matt. 7:16-20). It is simple enough to see that where ever the “virtues” of secular liberalism are promoted and exercised that poverty, disease, anarchy, crime, social chaos, the break down of the family unit, violence and horrific social devastation are to be found.

When one rejects and abandons the core moral building blocks for a health society for a godless delusion of lawlessness, expect to find social devastation and chaos (2 Tim. 3:1-7).

What is most alarming is how the very people that impose their delusional solutions and remedies upon the American people seek also to fix these ills of society by applying the very same logic that got us to this social catastrophic point in the first place. By applying these lawless solutions, these excel the rate of today’s social ills at exponential rates. Today’s American social culture is at the extreme breaking point. The evidence is every where, yet the majority of American’s live in the apathetic delusion that all is well and that we will remain and prosper as times past. Wake up America, the Kingdom of Heaven is at hand!

The End of Marriage - A Sign That We Are In The Last Days!
Almighty God's Definition of True Beauty
Almighty God's Standard For Marriage
The Ignorant Fishermen at 12:20 AM No comments:
‹
›
Home
View web version