Global Nuclear Holocaust in the Day of the Lord 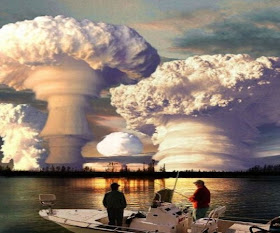 “For yourselves know perfectly that the day of the Lord so cometh as a thief in the night. For when they shall say, Peace and safety; then sudden destruction cometh upon them, as travail upon a woman with child; and they shall not escape." (1 Thess. 5:2-3)
There has been much wondering by the American people to the rocket that was mysteriously launched off the coast of last year. The Pentagon stated that they were still trying to determine if a missile was launched and - if so - who had launched it?  What ever the case may be, it just goes to show how vulnerable we are in today’s world to the threat of Nuclear War. 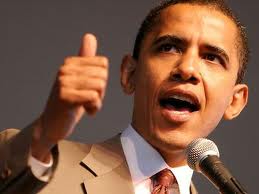 President Obama’s 47-nation nuclear summit met in in April of 2010 to discuss the reduction of nuclear weapons, dealing with nuclear terrorism and nuclear retaliation regulations. As Obama and these nations have made their “pledges” for nuclear reduction, the secular liberal media have added their praises and accolades in an attempt to persuade and deceive many about the delusional prospects of world peace. Very soon the global mantra to be heard will be peace, peace… then sudden destruction! (Ref. 1 Thess. 5:2-3) - Nuclear Blast Video - link

Also, Do you remember Fidel Castro’s statement which he made in 2010? Castro stated that,” The established order of the planet ... will inevitably collapse, the reigning social order will disappear abruptly'' and all currencies will be worthless, he added". (Miami-Dade News)

In 6,000 years of human history, there has only been a "blip" of time and space where people have not been at war. It is ’s strong nuclear presence that has been the main deterrent from attack by the enemies of freedom against us and our allies. This has been - under the auspices of Divine Providence - the main reason why we have NOT yet seen a global nuclear war (including any detonation of a nuclear weapon against a sovereign nation since 1945). As Ronald Reagan so soberly stated:
.
“Since the dawn of the atomic age, we've sought to reduce the risk of war by maintaining a strong deterrent and by seeking genuine arms control. Deterrence means simply this: Making sure any adversary who thinks about attacking the or our allies or our vital interests concludes that the risks to him outweigh any potential gains. Once he understands that, he won't attack. We maintain the peace through our strength. Weakness only invites aggression. This strategy of deterrence has not changed. It still works.” 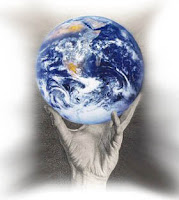 The present world has forsaken and abandoned the Laws of Nature and of Nature’s God. Our nation has also forsaken Almighty God and His Natural Laws, and because of that we are at the precipice of a total social and moral collapse. Never before have we been so morally weak and vulnerable to attack. Once ’s restraining power is removed from the world stage, there will be absolutely nothing to stop the godless deluge of secular oppression, tyranny and global anti-Semitism that will follow in its wake. As the world’s conservative Judeo/ Christian influence is being readily and rapidly removed, the restraining Dam of Natural Laws will burst and the flood of lawlessness and secularism will devour the whole earth (Isaiah 24; Matt. 5:13, 24; Rev. 6-19).
.

Nuclear war is not mentioned specifically in the Holy Scriptures, but in looking at the context of events pertaining to the last days, we can see without a doubt that it has to take place, and the devastation that results is inconceivable.

Again, it is only due to the merciful hand of Almighty God that our fallen world has been preserved intact and all the madmen bent on its destruction held in check. Lucifer’s mad designs and man’s violent tendencies have been kept at bay until the given time (Isaiah 14:16-17; Eph. 2:1; Rev. 20:3a). 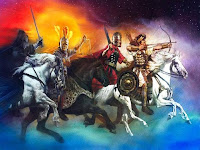 And I saw when the Lamb opened one of the seals, and I heard, as it were the noise of thunder, one of the four beasts saying, Come and see. And I saw, and behold a white horse: and he that sat on him had a bow; and a crown was given unto him: and he went forth conquering, and to conquer. And when he had opened the second seal, I heard the second beast say, Come and see. And there went out another horse that was red: and power was given to him that sat thereon to take peace from the earth, and that they should kill one another: and there was given unto him a great sword. And when he had opened the third seal, I heard the third beast say, Come and see. And I beheld, and lo a black horse; and he that sat on him had a pair of balances in his hand. And I heard a voice in the midst of the four beasts say, A measure of wheat for a penny, and three measures of barley for a penny; and see thou hurt not the oil and the wine. And when he had opened the fourth seal, I heard the voice of the fourth beast say, Come and see. And I looked, and behold a pale horse: and his name that sat on him was Death, and Hell followed with him. And power was given unto them over the fourth part of the earth, to kill with sword, and with hunger, and with death, and with the beasts of the earth (Rev. 6:1-8).

Scripture also states that soon after one fourth of the world’s population is destroyed in this manner, there will be a far more horrendous war to follow. This second great global war incited by the release of four demonic hellions will cause one third of the remaining global population (or another 1.75 BILLION PEOPLE) to be destroyed!
.
Saying to the sixth angel which had the trumpet, Loose the four angels which are bound in the great river . And the four angels were loosed, which were prepared for an hour, and a day, and a month, and a year, for to slay the third part of men. And the number of the army of the horsemen were two hundred thousand thousand (200,000,000): and I heard the number of them. And thus I saw the horses in the vision, and them that sat on them, having breastplates of fire, and of jacinth, and brimstone: and the heads of the horses were as the heads of lions; and out of their mouths issued fire and smoke and brimstone. By these three was the third part of men killed, by the fire, and by the smoke, and by the brimstone, which issued out of their mouths (Rev. 9:14-18).

During this time when man is pummeled and ravished by global war, the nations of the world and its remaining inhabitants will already have abandoned Almighty God’s natural laws and been given over to their unbridled passions and godless philosophies (2 Thess. 2:9-12). That is why this time is also called the Time of Lawlessness (2 Thess. 2:7-12). In rampant unbelief these will look for a man (not God) to be their savior. They will thus believe “the Lie” (2 Thess. 2:11-12), and look to Lucifer as their god and the Man of Lawlessness (Anti-Christ) as their savior. In their allegiance to Lucifer and his Anti-Christ, the haters of reality and righteousness will “sign over” their eternal souls and face the awesome consequences of perdition (destruction) in the forever (Rev. 13:16; 14:9-11). One can just imagine the absolute height of insanity of the world’s population at this time as they seal and surrender their eternal destinies to the brief tyrannical aspirations of Lucifer and his Anti-Christ (Rev. 13:4-18). These will be loyal to their Master’s bidding and seek to eradicate any who contradict the fascist designs of the New World Order (Dan. 7:21; Rev. 13:7; 17:12-14).
.
The Reality of the Righteous
.

Apart from the saving grace of Almighty God, there is absolutely NO HOPE for this fallen world! Such faith in fallen man is just blind, wishful thinking and a naive idiocy that becomes the height of insanity (2 Thess. 2:10-12). What will it take for individuals to realize this? It takes the abandonment of one’s own perception and human thinking, a boldness to look "outside the box" and have faith in Almighty God and His Word. It is only when we choose to believe God and His Word that we will see the realities of time and eternity. It is only then that we will embrace His great love for us and begin to comprehend the wonders of His grace (Rom. 2:4; Eph. 1:7; 2:7). How sobering it is to all who reject God’s love and choose to abide in their transgressions forever! This is graphically depicted in the artist’s rendition of Dante’s Inferno, where the writing on the sign at the gates of the reads: ABANDON ALL HOPE YE WHO ENTER HERE!

Won’t you make the right decision to choose life instead of death, blessing instead of cursing (Deut. 30:19)? Do you know the Lord Jesus Christ as your personal Savior? If you do not, call on Him today (Rom. 10:13)! It is in Him alone that we have the forgiveness of sins and are granted everlasting life. As this down-spiraling world comes to its climatic end, may your faith and trust be found resting solely in the Wonderful Person of the Lord Jesus Christ. You will never be the same, and you will never regret making that momentous decision!

The Ignorant Fishermen at 5:48 AM 2 comments:
‹
›
Home
View web version