What Is More Deadly, Guns or Secular Liberalism 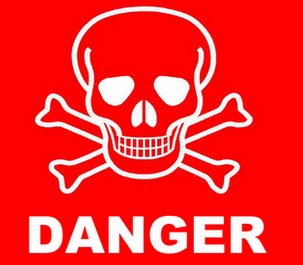 Well here we go again… All those on the Left have been chomping at the bit to use the horrific Newtown mass murders of last year to go after our second amendment rights. No doubt these will continue their push as they seek to now exploit the D.C naval yard mass murders for their own lawless agenda. In the lawless reprobate mind it is the “evil” gun that kills people not the psychopaths who use them. The idiotic rational behind the “gun-less” utopian vision is that if we rid the world of all our guns and conservatives who carry guns we will then enter into a world peace and all hold hands as we sing “ I’d Like to Buy the World a Coke”. I know this illustration sounds quite silly but this is what these godless moral relativists truly believe. I should know, I talked with a couple of them today and was stupefied at the reasoning. My dear friends, there is absolutely no talking to the individual that has given themselves over unto liberalism and a reprobate mind, especially those who adhere to moral relativism (Rom. 1:18-31, Jude 1:10).


Secular moral relativistic liberalism is a far more deadly then any gun out there in America society today.

These are void of moral absolutes, brain washed with political correctness and dominated by unbounded emotional passions which is based on a hatred of absolutes. As I concluded my conversation I was inwardly sadly laughing at the stupidity and lack of God given common sense that these two individuals adhered to. Then it hit me like a ton of bricks; secular moral relativistic liberalism is a far more deadly then any gun out there in America society today. As I started to ponder on this truth it revealed itself to me as the height of hypocrisy for any liberal to damn guns and responsible gun owners; for the liberal godless mind who pedals moral relativism and political correctness upon a healthy society is a far more destroying force filled with destruction, death, violence and social devastation and all who receive its teaching as a society are under its oppressive jack boot.

A gun is an amoral object. It can neither be good or evil. It can be used for good or evil based on whom ever is using it. To place a ban on all guns will not rid the world of the mind which has sold its self over to lawlessness, violence and anarchy (Rom. 1:18-31, 3, Gal. 5:19-21). If guns are removed these raging demoniac will find something to strike out and to destroy with. Before the gun was the spear and sword and before the spear and sword was a rock and a fist. People have found countless ways to act out their aggression and if all guns were taken away they would find something else to use. That is simple enough.

The reprobate mind is filled with violence, moral relativism and lawlessness designs and its actions have ravished this nation beyond all recognition of what the founding fathers envisioned.

Let us first look at the barbaric act of abortion. Since 1973 there has been 55 million abortions of our American children. May I say that NO gun has ever achieved that statistic not even all the combined arsenal of WW2! The abortion agenda of the Left is the holy grail of their godless ideology. The abortion ideology is a narcissistic ideology, which at its core is rooted in pure death. Of all issues that liberalism promotes and seeks acceptance for none is more championed and protected by these barbarians then abortion. Oh the hypocrisy of the Left!


We as a nation have received the Left’s critical theory as absolute today and our family unit, men, women, children and every aspect of our society in the name of “liberation” and personal freedom have reaped the whirlwind upon our culture and society.

Another deviant practice of the liberal mind is that of sexual deviance. The lawless liberal mind seeks to legitimize and promote all unnatural acts of sexual perversion which has reaped absolute devastation on our American culture and society. Sodomy, pedophilia, adultery, pornography, nudity, immodest dress, deviant sexual promiscuity etc. have all been legitimized and pushed on our Judeo/Christian culture by our 24/7 media, Hollywood, the music industry and Internet. We as a nation today have been dumbed down and placed under a demonic hypnotic stupor. We as a nation have received the Left’s critical theory as absolute today and our family unit, men, women, children and every aspect of our society in the name of “liberation” and personal freedom have reaped the whirlwind upon our culture and society (Isa. 5:20, Rom. 1:18-32, 1 Cor. 1:18-31).

Aids, sexually transmitted diseases, abortion, death, many faceted philological problems, violence, oppression, tyranny, slavery, addiction, damnable dependency etc… etc… have all come to be and now have their jack boot on the neck of our nation all because of the reprobate mind which has now become legal (Isa. 5:20). 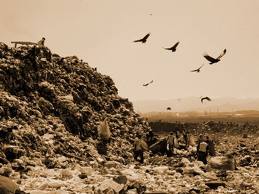 My friends it is not too hard to see for those who adhere to light and right (John 3:19-21, 8:32, 36), but our day has become so dark, so deviant, so lawless and yes relativistic that the average Joe or Sally is totally oblivious to Divine REALITY and moral absolutes. Today absolutes are so twisted out of proportion, words and morals are redefined to legitimize lawlessness. Good is called evil and evil good! Such were the days in which Isaiah the prophet spoke about and here we are today with the very same spirit at work in our nation.

My dear friend our day is only going to get worse until we as a nation finally implode on ourselves. Decadence, lawlessness and moral relativism are now the dominant ideology of our land. We indeed as a nation have apostatized not just from Almighty God and His Word but from moral absolutes as well. The result of this apostasy is very evident today throughout our U.S. culture and society.

Do not let reprobate minds who are saturated with lawlessness deceive you into what is right and what is wrong. So subtle are their lies that many today are being deceived and allowing their emotions to do their “thinking for them.

It is easy to deduce that the Liberal mind - void of Almighty God and moral absolutes is the exceedingly far greater evil and threat to our culture and society than a gun.

My dear friends the inmates are now running the asylum, Washington and the media. May Almighty God’s Word give you the light you need and keep your rooted and grounded as we as a nation and a world head strait into the Day of the Lord.