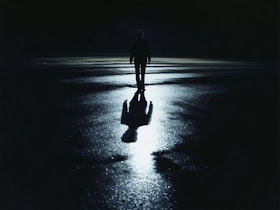 The current battle for the soul of America is raging as never before. We have seen in the last century a mad dash to push our country toward a secular liberal, godless fascist state in which the “elite class” rules over the masses. Our nation was founded on the bedrock of the Bible, Judeo/ Christian values and the Laws of Nature and of Nature’s God; hence the conflict. These Constitutional apostates and haters of our Constitutional Republic have nearly arrived at their Machiavellian destination. As America apostatizes from the realities of Almighty God, the Bible, and moral absolutes, we are seeing - as never before - a dramatic transformation of our country into a populace of secular and unbelieving “apostatizing Christians.” We are reaping the devastating whirlwind of our day and are being transformed into the very beast that our Founding Fathers warned of: a tyrannical state of anarchy and chaos.

When Spiritual (Moral) Absolutes and Natural Laws are rejected for a delusional reality and a godless morality (which is actually immorality), the end is near. America today cannot survive under the weight of our godless decadence and licentious society. Even now we are at the imploding point. Modern conservatism is at "the Alamo." Anyone who is truly objective has to see that even a new conservative administration can never sustain the weight of the cultural junk heap and social devastation placed on America by the “Haters of Reality.” Sad to say, even Conservatives refuse to be objective about the realities of Almighty God and His Word. In a sense they are no different from today’s secularists. Both of these groups - though dramatically different - reject the Divine revelation of Almighty God found in His authoritative Word.

America today cannot survive under the weight of our godless decadence and licentious society. Even now we are at the imploding point.


When the Rapture of the Church finally transpires, America will fracture into anarchy and discord. There is no doubt that because of today’s strong partisan stances and ideological differences in Washington D.C., following the removal of saved people from the earth, a second American civil war will arise. As the Tribulation begins (Matt. 24:10-12), America’s final demise will be its assimilation into the godless United States of Europe (Rev. 17:13,14). Near the end of the Great Tribulation, those remaining in the United States will go against Almighty God at the Battle of Armageddon (Psalm 2; Joel 3:2; Zech. 14:2; Rev. 16:13-16). 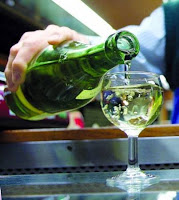 We may define Liberalism (or fallen human subjectivity) as the morally relativistic, pluralistic practice and application of partial absolutes and natural laws. It involves having a narcissistic view or subjective perspective which is dominated solely by one’s sensual feelings (i.e., controlled by the 5 physical senses) and fleshly (earthly) desires (Jer. 17:9, Rom. 5:12-19; 7:14-24). In such individuals, their emotional (sensual) feelings and desires override and dictate their perception of REALITY (grasp of concrete facts) and belief in absolutes and natural laws.


That is why it is so hard to communicate reality and truth to the liberal or base mind. Their subjective, narcissistic, emotionally-governed, pluralistic mindset WILL NOT ALLOW them to face any reality (Psalm 53:1; Prov. 14:9; 17:12; 18:2). They are absolutely SCARED TO DEATH of reality and the accountability to it. Thus, they live a lie and practice a lie(2 Thess. 2:10-12; Rev. 21:8). These will do whatever it takes to preserve their “alter-reality,” even to the point of slandering, inducing malicious acts and - yes - even murdering all that oppose it (Rom. 1:32). Truth and reality torment their imaginary worldview and speak of a Day yet to come when all will give an account to Almighty God - the Righteous Judge of all. That is why these cannot have the teaching, practice and worship of Almighty God in the public square today. He (Almighty God) and His followers must be eliminated at all cost and in a Day soon to come they indeed shall be (Dan. 7:21; Rev. 13:7; 17:12-14). These violent tendencies and actions bear witness to their decadent practices and immoral, wicked lifestyles (Gal. 5:19-21; Rom. 3:10-18; Jude 1:10). In the end they will be held absolutely accountable to the Natural Laws and Spiritual Absolutes of Almighty God (Rom. 2:16; Rev. 20:11-15).

Because that, when they knew God, they glorified him NOT as God, NEITHER were thankful; but became VAIN in their imaginations, and their FOOLISH heart was darkened. Professing themselves to be wise, they became FOOLS (Rom. 1:21-22).

The Original Hater of Reality
. 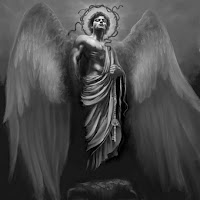 
In the end Lucifer will give complete account for his godless existence, in which he will be damned forever in the Lake of Fire. He will finally and ultimately have to face the reality of absolute truth for ETERNITY in a place of torment prepared by Almighty God (Matt. 25:41; Rev. 20:10).

Are You A Lover of Reality?
.
As we live in this current delusional day when lawlessness and anarchy are dominating almost all facets of American life, may Almighty God be your trust and provide for you all your expectations. Do you know Jesus Christ as your Personal Savior? If not, may you do so even today. He will provide you with the ABSOLUTE TRUTH (REALITY) and you will never be the same! (John 8:32,36)

Take the Gospel of John Challenge
What is Sin?