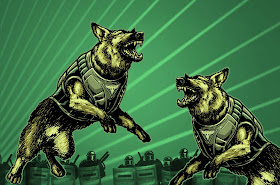 Here we go America… We have been warning you that things are only going to get worse and we as a nation haven’t seen anything yet as the secular Lefts war on the Right reaches new heights of depravity, double speak and evil euphemisms. With in the next four months expect to see the most slanderous rhetoric used and directed at the Right and towards Judeo/Christianity. Lies and slander are and will be the heavy artillery used by the white Left as they seek to arouse the subjective rage of 90% of the black population with lies falsehoods and instigation. The American black family has been decimated by the white secular Left for countless decades and they are under the tyrannical  hypnotic spell of the Leftist white masters. These masses are one of the many attack dogs which the Left will let loose on conservatism. The other attack dog in the Lefts cage is the radical gay lobby.


Both of these groups are tortured in their hearts and full of subjective rage as they have subjected themselves to decades of the Lefts secular oppression and lawless delusional liberation Leftist ideology.

Both of these groups are tortured in their hearts and full of subjective rage as they have subjected themselves to decades of the Lefts secular oppression and lawless delusional liberation Leftist ideology (Rom. 1:18-32). The consequences of adhering to the Lefts lawless ideology has imprisoned millions in poverty, decadence, disease, philological and emotion damage, drug, alcohol and sex addiction, murder, violence, false utopian hopes and sins horrific oppression (Rom. 1:18-32, Gal.6:7).

President Obama and the American white Left today are the most lawless representatives in our US history. After years of eroding the foundations of this nation’s moral compass and seeking to redefine morality with critical theory the lawless harvest is now here and the Left is seeking to reap the godless harvest and change the tide of history and overthrow American, Judeo/Christian absolutes and eradicate Almighty God and His followers from off the world stage. My dear friends, this all has a final destination as the Holy Scriptures has warned us of for centuries. That destination is the Day of Almighty God’s Wrath and the Battle of Armageddon (Eph. 6:12, 2 Thess. 2:8-12, Rev. 13, Rev. 6-19).

President Obama and the American Left today are the most lawless representatives in our US history.

The time we live in today is unprecedented in all of our American history. All of our founding fathers warnings about the consequences of abandoning the Republic's constitution and Almighty God's moral laws are now prevalent in our nation’s society and culture. With the technological advances in media Satan and his lawless minions in the media can alter the course of a nation’s moral bearings in mere months and years. What took decades and even centuries can now be transformed and accomplished by the continual 24/7/365 bombardment of Leftist propaganda and lies. To America’s subjective lawless masses, the Lefts lies are taken in as Kool aid to a thirsty soul and because of their subjective and lawless nature they are full of wrath, ever seeking to defame, destroy, lash out and rage out at the manufactured villains of the Left. The gay life style is the most destructive of all life styles and their practitioners are the most enraged of all people. That is not my mere opinion but the facts of overwhelming statistics. 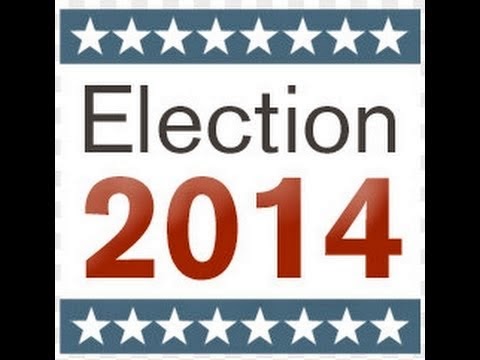 As the 2014 mid-term elections are at hand Obama and the Left will now be seeking to divide America even more and stir up the rage of the radical gay lobby and invoke the race card slander at will to intimidate weak minded moderates by there slanderous accusations. All of this slander is to apply great pressure on moderate Republicans get them to cave on the God ordained definition of marriage (Gen. 2:22-24, Matt. 19:4-6, Heb. 13:4). The Obama agenda has been horrific to our nation, society and fiscal state. With nothing to run on but destructive lies and make believe villains to blame, the Left is going for broke and banking on the last bastion of secular liberalism's godless ambitions, the legitimization of the marriage between two of the same sex (Rom. 1:23-32, Heb. 13:4).

As the 2014 mid-term election is at hand Obama and the Left will be now seek to divide America even more and stir up the rage of the radical gay lobby and invoke the race card slander at will to intimidate Romney and weak minded moderates by there slanderous accusations.

The radical gay lobby is a fierce attack dog of the Left. So violent, enraged and teaming with hatred is the radical gay lobby that there is absolutely no sanity to their twisted logic and no limits to their vindictive nature, rage, depravity and hatred. They know no limits in their violence, slanderous defamation and acts of destruction are their ways and once they are let loose who can stop them? Sodomy has been the downfall of many nations and Almighty God’s INFALLIBLE Word describes in horrid details the final estate of any nation when sodomy is received, promoted and running rampant (Lev. 18:22-26, Rom. 1:18-32). No nation has ever survived sodomy’s destructive deception and ravishing consequences (psychologically and physically). The graveyard of nations throughout the world’s history is a witness to the validity of this statement.


No nation has ever survived sodomy’s destructive deception and ravishing consequences (psychologically and physically). The graveyard of nations throughout the world’s history is a witness to the validity of this statement. 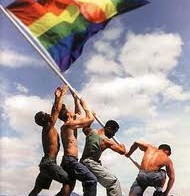 What is most tragic today is that those who seek to promote sodomy seek to IDENTIFY themselves with this base practice thus creating in the mind of weak individual’s, sympathy for any who engage in this practice. These seek to promote and identify their person-hood with their sexual perversion and state that any attack on their base behavior is an attack on their person-hood. My friend, nothing could be farther from the truth. These will slanderer and defame any who oppose sodomy because they cannot abide in the truth and reality of sodomy's psychological and destructive effects and addiction.  The most slanderous hatred is spewed at those who align themselves with Almighty God, the designer and Creator of ALL humanity. True Biblical Christianity does not hate the one who practices homosexuality but seeks to share the glorious saving Gospel with them and with all people. The saving message is that Almighty God LOVES you and sent His Son to pay the price for your transgressions for you (John 3:16-17). The radical gay lobby is truly the lobby of rage, hate, bigotry and violence. Once they are set in motion by Obama and his “political endorsement” of gay marriage these will hijack and aggressively dominate the 24/7 news cycle until November. These will continually seek to put on the defensive the moderate wing of the Republican Party and seek to force them to change their opinion for the acceptance and passing of sodomy marriage as the new law of the land.

Once they are set in motion by Obama and his “political endorsement” of gay marriage these will hijack and aggressively dominate the 24/7 news cycle until November. 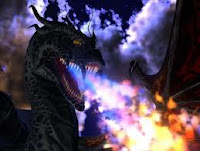 All the Left has this 2014 mid-term election cycle is their oppressed and enraged base to help them keep power and maintain their lawless agenda. Do not get sucked into the manufactured false compassion and defensive attacks of the Left during this hour. They will come with all that they have to preserve their power. Nothing is beneath them. They will seek to twist moral definitions, create false guilt, continually keep conservatives on the defensive, redefine absolutes and keep this debate going right off the cliff if need be to promote and have accepted their godless and lawless designs for this nation and country. NEVER has our nation been at the crossroads as this hour and no Tea Party endorsed candidate win will stop the Four Horsemen from riding my dear friends. The hour is at hand for the whole world to fall into tribulation and only those who cry out to the Lord will be saved (Acts 4:12, 16:29-31, Gal. 1:4). For us who know the Lord may we be praying and ever seeking Almighty God’s will, redeeming the time and getting out His Word (Eph. 5:16-17)! Even so come Lord Jesus!

For us who know the Lord may we be praying, ever seeking Almighty God’s will, redeeming the time and getting out His Word! Even so come Lord Jesus! 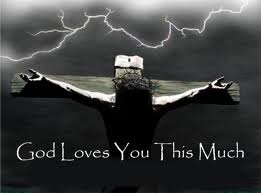 In this hour - as we are witnessing the total collapse of our nation - Almighty God calls out to all (straight and gay) to repent of their personal transgressions against Almighty God and be saved! (John 3:16-17, Acts 16:29-31). Jesus Christ is the ONLY hope for America in our last days as a nation. There is a BIG BAD UGLY tribulation heading our way and nothing is going to stop this (Rev. 6-16). May Almighty God be your Savior and rock!

HOMOSEXUALITY What Does God Say?