What Hillary and Bernie Voters Believe 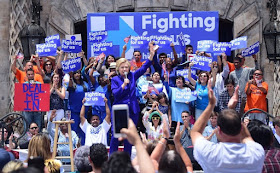 Many Americans say to themselves today, "How can anyone vote for Hillary? Are they nuts!!..." Well...  it is much much more than that.. Let's take a look!

The majority of Hillary and Bernie voters and those of the Democratic base are Liberal /progressives whose "reality and belief system" is rooted in the firm rejection of Almighty God and His ETERNAL RIGHTEOUSNESS,  core moral absolutes and the practice of a sensual subjectivism, that view God ordained absolutes through the lawless prism of moral relativism and pluralism. These possess a fear of moral absolutes and believe that true freedom is to be free from any Divine instituted moral absolutes or laws that suppress their unbridled passions (Psalm 14:1-3, Isa 24:5, 2 Tim 3:1-7, Jude 1:10). They are lawless in their practices and hostile to any that impose a Divine reality or the adherence of moral absolutes (Rom. 1:28-32). Just as their father (i.e., the Devil), they follow his godless example to live a godless and lawless existence, always seeking the fruit of RIGHTEOUSNESS by lawless means (Isa. 5:20; 48:22; John 8:44; Gal 5:19-20).
.


They possess a fear of moral absolutes and believe that true freedom is to be free from any Divine instituted moral absolutes or laws that suppress their unbridled passions.

The Lord Jesus stated that, you shall know men by their fruits and by their actions (Matt. 7:16-20). It is simple enough to see that where ever the “virtues” of secular liberalism are promoted and exercised that poverty, disease, anarchy, crime, social chaos, the break down of the family unit, violence and horrific social devastation are to be found. 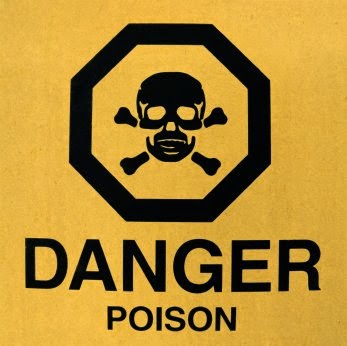 When one rejects and abandons the core moral building blocks for a health society for a godless delusion of lawlessness, expect to find social devastation and chaos (2 Tim. 3:1-7).


By applying these lawless solutions, these excel the rate of today’s social ills at EXPONENTIAL rates.

What is most alarming is how the very people that impose their delusional solutions and remedies upon the American people seek also to fix these ills of society by applying the very same logic that got us to this social catastrophic point in the first place. By applying these lawless solutions, these excel the rate of today’s social ills at  EXPONENTIAL rates. Today’s American social culture is at the extreme breaking point. The evidence is every where, yet the majority of American’s live in the apathetic delusion that all is well and that we will remain and prosper as times past. Wake up America, the Kingdom of Heaven is at hand!