Obama Knows the Time is Short... Like His Alinsky's Master Does 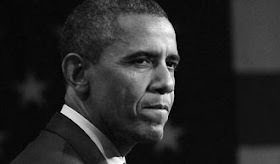 It would seem that the Obama administration is going full bore with their scorched “anti-constitutional” Stalinist Marxist policies understanding that the end their reign over the American people is at hand. In light of the 24/7 conservative media, Tea Parties, 2010 Republican victories, American’s calls and letters to our elected representatives, Obama has continually moved the Marxist, moral relativism, critical theory and socialistic football down field well inside the 10 yard line of America's Constitutional Republic. The Obama administration has openly shown their hostility towards the constitution and the rule of law for the past 8 years for any American who adheres to even the weakest form of Judeo/Christian moral values to see.


It would seem that the Obama administration is going full bore with their scorched “anti-constitutional” Stalinist Marxist policies understanding that the end their reign over the American people is at hand.

My dear friends, I could go on and on about Obama’s out of touch elitist heirs. It has always been Obama’s goal to change the social and fiscal landscape of America to that of what his father envisioned. Obama’s hatred for this nation and our founding has been ingrained in him since his youth and has been the driving force in all of his radical policies. He is an anti U.S. constitutional 5th columnist and this objective assessment is to hard a pill for many to swallow, mostly because they are absolutely clueless of the Laws of Nature and Nature’s God. A man actions ALWAYS tell and reveal the thoughts and intents of a man’s heart and with Obama he has worn his actions as a suit with bright and lewd colors. 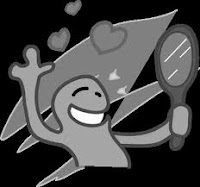 It is always the trait of a full blow subjective narcissist who cannot have his way to continually accuse others while justifying himself no matter how absurd and lawless his narcissist’s agenda is. The narcissist can NEVER be wrong in his own mind, only a victim of his follower’s incompetence. An example is Hitler, who single handedly brought National Socialism and Nazi Germany to complete ruin and defeat by continually inserting his incompetent will over the general staff causing the fall and defeat of Nazi Germany and all of his own personal evil dreams and godless admirations. In the end, Hitler (in his Berlin bunker) blamed everyone for Germany’s defeat and fall except the “man in the mirror” and allowed in his vindictive estate the German army and people to be ravished by the communist Russians and ally bombing.

Near the end, Hitler became more radical and destructive in his narcissism and ordered the suicide of the nation of Germany instead of surrender. He had no use for the people of Germany for in his own delusional subjective narcissistic mind the death of hundreds of thousands of German lives was to be justified because they were not worthy of his “genius” and “greatness”. In the end it had always been all about him and the entire nation of Germany, the Jews and the world of that time was completely expendable. Hitler was a great example of Lucifer's demonic narcissism.

Obama is also a narcissist in the same manner but not to that extreme. He and his administration fully comprehend better then anyone that their Alinsky legacy is in deep trouble and the only thing for them to do is to go completely full bore radical and do as much damage and destruction to America as possible before January 20th. The subjective narcissist knows no limit to their vindictive rage. It is what motivates them and gets them out of bed in the morning. It is fully gratifying to them to destroy and ruin all if they cannot have their way. I truly believe Obama sees that he has not been able to fully implement his socialistic secular state dream for America and that his reign will run out too soon for him to complete it. What is absolutely tragic is that how many people in America are truly deceived by Obama and are ignorant of his deep destructive hatred for the American Republic which he reigns over. My dear friends, this is not my own opinion or point of view, but an objective observation and evaluation of Obama’s life through and by his very words and deeds. Obama has always had this burning vindictive "Anti American" raging blazing in his heart and in these last few months of his presidency expect him to hold nothing back as his presidency comes to a massive defeat. For He knows his time is short and he will break and destroy as much of America as he can before his power expires. In the end Obama will despise and hate the American people and his supporters because they have failed him in his own mind and that they could not understand his “greatness”, “genius” and “vision” for America; for my friends that is what full blown narcissists always do.


Obama has always had this burning vindictive "Anti American" raging blazing in his heart and in these last few months of his presidency expect him to hold nothing back as his presidency comes to a massive defeat.

Obama’s democratic totalitarianism and  lawlessness anti-constitutional bent has sent this nation into its final death spiral and no Trump presidency will stop it. Tragically the American people on board, who are against this radical pilot’s “course”, truly believe that they can regain control of this plane before impact. That final act of optimism will find harsh reality when our nation implodes after the soon Rapture of Christ; but by then it will be too late (Prov. 1:22-33). 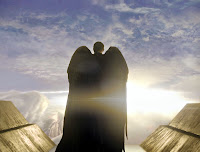 As we study and look at the history of mankind and look at some of the greatest despotic narcissists that have ever reigned in this fallen world since Babel, none can ever hold a candle to the arch narcissist of all, the fallen angel Lucifer (Isa. 14:12-16, Ezek. 28:11-19, John 8:44, Rev. 2:24). His vindictive rage and godless lawlessness knows no boundaries or limits in this physical world of time or in the spiritual realm of timelessness. Since his rebellion, fall and exile from Heaven’s throne, Lucifer’s burning rage and inferno of vindictiveness and hate has been his motivation and driving passion to destroy and terrorize all of God’s creation and ETERNAL ORDER (Heb. 2:14-15) and any who represent Almighty God and His will. Lucifer has been a Terrorizing Tyrant over all tyrants and their peoples and a Destructive Despot over all despots and their peoples since day one (Eph. 2:1-2, Rev. 2:24). All whoever have existed in time since Adam’s fall have only ever been just a pawn and tool to outwork his diabolical ambitions of global worship, the destruction of reality and the obliteration of Almighty God’s ETERNAL RIGHTEOUS ABSOLUTES (Isa. 14:12-16, Ezek. 28:11-19, Eph 2:1-2). The ETERNAL death count from his demonic doctrine of “Do as thou wilt” and godless philosophy of existence without Almighty God (the ETERNAL Creator) has been catastrophic. He has deceived, bamboozled and led countless millions since the fall of Adam to ETERNAL perdition and doom, for indeed he is a murder of souls and a destroyer of life (Matt. 25:41, John 3:16-17, 5:39-40, John 8:44, 2 Cor. 4:3-4, Heb. 2:14-15, Rev. 20:10-15).


Since his rebellion, fall and exile from Heaven’s throne, Lucifer’s burning rage and inferno of vindictiveness and hate has been his motivation and driving passion to destroy and terrorize all of God’s creation and ETERNAL ORDER. 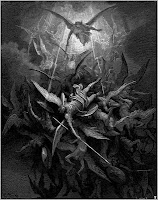 It will be at the end; the middle of the seven year tribulation that Lucifer and Michael the Arch angel will go head to head and at this time and will be finally cast out of the heavenly realm and imprisoned in the limited confines of planet earth (Dan. 12:1, Rev. 12:7-17). It will be at this time that the rage and vindictive insanity of Lucifer will be at its zenith. Lucifer will FULLY COMPREHEND that indeed his time is very short and that the ETERNAL Son of God’s coming and ETERNAL Kingdom is truly at hand. At this time Lucifer will be an absolute madman in instituting all that he can prevent the return of Almighty god the ETERNAL Son. He will seek to destroy and obliterate all that he can because he indeed KNOWS that his time is very short and his doom is at hand (Rev. 12:12-17). It will be his EXPONENTIAL demonic narcissistic mindset that all of his minions (human and demonic) have let him down and failed his immense genius. He will be absolutely cruel, barbaric and brutal to all (demonic and human) and everything will be expendable for the preservation of his demonic kingdom. He will go full bore all the way to Armageddon (Rev. 16:13-16) where he will meet his defeat and his lawless kingdom ambitions since his fall in timelessness past will come to an ETERNAL destructive end FOREVER (Dan. 2:44-45, 7:13-14, Rev. 19:11-21, 20:1-3, 7-10).


It will be his EXPONENTIAL demonic narcissistic mindset that all of his minions (human and demonic) have let him down and failed his immense genius. He will be absolutely cruel, barbaric and brutal to all (demonic and human) and everything will be expendable for the preservation of his demonic kingdom. 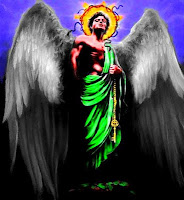 My friend, subjective narcissism is the fallen trait from the fallen chief creation (i.e., Lucifer) of Almighty God (John 8:44, Jude 1:11-13). Tragically, individuals (Cain, Nimrod, Pharaoh, Herod, Hitler, Mussolini, Stalin, Mao etc…) who have allowed themselves to be dominated by this ever controlling “narcissistic” delusion - which ever submerges into the darken abyss of the depravity of the delusion of their own minds have found that in the end they have been at complete war with Almighty God their ETERNAL Creator and will suffer the RIGHTEOUS JUDGMENT FOREVER in Almighty God’s ETERNAL prison, the Lake of Fire (2 Thess. 1:8, Rev. 20:11-15).


My friend, subjective narcissism is the fallen trait from the fallen chief creation (i.e., Lucifer) of Almighty God.

My friend, the situation is not completely hopeless for the likes of these (excluding Satan and his host); for there has been some who have been dominated by this demonic “narcissistic” spirit which have repented and turned to the Lord is SPIRIT and in TRUTH and found that He was there to forgive them and pardon them from all sin (John 3:16-17, Rom. 2:4, 1 Cor. 6:9-11). Nebuchadnezzar, Manasseh, Saul of Tarsus are just a few who abandoned their demonic narcissism for RIGHTEOUSNESS and REALITY (2 Chron. 33:11-20, Dan. 4, Acts 22:1-21).

My friend, in these dire days ONLY Almighty God has the solutions to deliver us from this present evil age safely into ETERNITY (Gal. 1:4). May you know the wonders of Almighty God’s saving grace if you do not and if you do, EVER be rejoicing in the Lord, the Savior and Redeemer of your soul (Phil. 4:4).