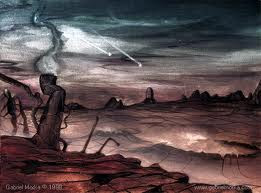 Dearly beloved, we as Americans today live in a spiritual wasteland, which has been made desolate by demonic darkness and godless unbelief which has excluded Almighty God our RIGHTEOUS Creator (Rom. 1:18-32)! Our nation has now become a raging HORRIFIC battlefield, where the fallen host of Heaven seek to corrupt, ruin, destroy and usurp our Godly Founding and the ETERNAL RIGHTEOUS REIGN of Almighty God (John 8:44, 2 Cor. 4:3-4, Eph.2:1-3, 6:12, 1 Peter 5:18, Rev. 12:10). Indeed, the Day of the Lord is at hand as we see the EXPONENTIAL signs of His return right before our eyes in the behavior and attitude of our EXPONENTIAL and technological lawless nation and world (Rom. 1:18-32, 2 Tim. 3:1-7, 2 Peter 3:3)! We as believers and children of Almighty God the Father are to be ALL that our Heavenly Father would have us to be for His Glory in such an hour (Rom. 8:26-29, 1 Cor. 10:31, Eph. 4:11-13)! Do your part as a founding father American in every capacity, but know that your calling in Jesus Christ ETERNALLY exceeds our American one (  )


We are to be soldiers for His glory, redeeming the time and not idle vacationers and spiritual sloths out of the will of God!

We are to be His soldiers for His glory, redeeming the time (Eph. 5:16-17), and not idle vacationers nor spiritual sloths acting outside the will of God (1 Cor. 10:31, Eph. 5:16-17, 2 Tim. 2:3). The bottom line is that our existence here in time is ALL about serving our Savior and possessing His ETERNAL vision in RIGHTEOUSNESS! Beloved, when we possess that ETERNAL REALITY by the Holy Spirit's wondrous working in our hearts and minds; we will in Almighty God's grace and mercy; for the outworking of His PERFECT will in our lives; be unstoppable for Almighty God's ETERNAL glory and honor! Dear friends, the will of Almighty God is the safest place to be in this fallen world and it is there that we have ALL of Almighty God and His ETERNAL blessings and resources; and it is also there where we have ALL of His favor and PERFECT love (Rom. 8:26-29, Eph. 1:3)!  With that said my beloved, we HAVE Almighty God's PERFECT VICTORY in this godless fallen world and nation, to be His OVERCOMERS and soldiers for His glory (1 John 5;2-5)! Now beloved, onward for Almighty God's PERFECT Victory for His glory!

Godless Mothers and Their Fruit 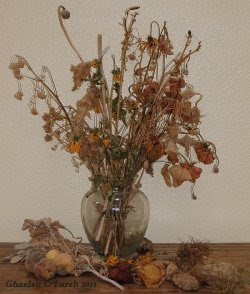 Let’s just take a look at what makes up the many-faceted genres (socially, politically, culturally) which the American godless woman and mother of today outworks her existence. The godless American woman and mother of today (in general) practices a moral relativistic mindset and can be found in all areas within the cultural spectrum (some more extreme than others). She is reprobate in all moral absolute logic. She is godless in her ideology. She is humanly subjective in all of her worldly opinions; she’s ignorant, brutish, callus, blind and foolish. She is driven by personal ambition, envy, jealousy, anger, and rage. She is vindictive, spiteful and merciless to any who oppose her lawless mindset and will destroy, ravish and slander any who challenge her lawless ideals. She is always a victim in her mind and must have retribution. She champions and exercises compassion for lawless and godless causes while expressing zero compassion for moral and godly ones. She has been hardened by the consequences of her lawless ways. She is – at her heart – unhappy, self-loathing and miserable. She is subtle, lewd, rude and licentious even though she may seem moderate and somewhat conservative in her opinions. She has given herself over to the unbridled passions of her fallen nature and has become callous to shame and never blushes. She is a hypocrite, always masquerading her godless intentions with a compassionate facade. She is a hunter of men’s souls, a destroyer of families, a murder of the unborn, she prostitutes her humanity for lawlessness, she is a promoter of social and moral lawlessness and anarchy. She is guided by an illogical, unstable and unbalanced emotional roller coaster and is always hypocritical while seeking to be sincere (Isa. 5:20, Rom. 1:18-32). Her mindset and abandonment of the Laws of Nature and of Natures God has opened her up to be influenced and used by the god of this world (John 8:44, 2 Cor. 4:3-4, Eph. 2:2-3).


The godless American women of today (in general) practices a moral relativistic mindset and can be found in all areas within the cultural spectrum (some more extreme than others). 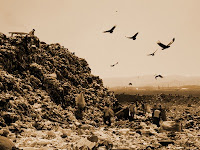 We have seen in our society of today and in our past women who have taken on this mindset and have been the leading cultural trendsetters in the ways of lawlessness. Though, many vary in their positions of secular feminism these women have had the greatest negative impact on our Judeo/ Christian culture.


These lawless women are the demonic heroes of a post-Judeo/ Christian lawless society, role models for all those who thirst for liberation from their Creator and His moral absolutes which were instilled at the creation of the world.

These women and mothers influence millions of women daily with their subtle secular relativistic morality, godlessness, euphemistic virtues, lawless secular feministic liberation and “do as thou wilt” ideology. These lawless women are the demonic heroes of a post-Judeo/ Christian lawless society, role models for all those who thirst for liberation from their Creator and His moral absolutes which were instilled at the creation of the world (Gen. 1, Psalm 19). Be not surprised when these seek to discredit and destroy America's conservative Christian women for their war is against Almighty God and His daughters (John 1:12). Everything is turned upside down today and there is absolutely no stopping it (Psalm 11:3, Isa. 5:20). Expect evil men and women to get worse and worse as the day continues (2 Tim 3:1-7). The Day of the Lord is at hand and His time for global judgment on all those who hold the TRUTH, physical and spiritual ABSOLUTES and RIGHTEOUSNESS of Almighty God in unrighteousness (Rom. 1:18-32, Rev. 6-16). When the women of a society have sold themselves to lawlessness as we have seen for these last 50 years, we are indeed at the end of our nation’s journey.

The Kingdom of Heaven is at hand!!

The Ignorant Fishermen at 7:00 PM 3 comments:

In Our Day What Do You Have To Offer? 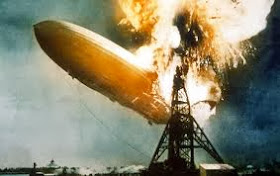 My friends, as we look out of the window today at America what do you have to offer its inhabitants? Please do not tell me that you have optimistic conservative values to offer them, for this nation abhors and despises these principles as a vampire does light (John 3:19-21, 2 Cor. 4:3-4). Conservatism (moral and fiscal) is the best ideology for this fallen world for it is based on the moral absolutes instilled into the creation by Almighty God at its creation (Gen. 1:31). When moral absolutes are adhered to, a people or nation will find a healthy society, peace and safety for its inhabitants to dwell in (Isa. 32:17) but when despised and rejected there is only to be found anarchy, lawlessness, violence, hate, rage, poverty, envy, lewdness, war and godlessness... ever destroying and ever corrupting until nothing is left (Gen 6, Rom. 1:18-32).


If you know the Lord as your Savior DO NOT get caught up in or distracted by political debates (Right vs Left.. etc) for any sane remedies which can slow down our EXPONENTIAL national deterioration have long expired.

My friends, please hear me... If you know the Lord as your Savior DO NOT get caught up in or distracted by political debates (Right vs Left.. etc) for any sane remedies which can slow down our EXPONENTIAL national deterioration have long expired. Leave those fights AND debates for the conservative spiritually dead Rush Limbaugh's, Sean Hannity's, Mark Levin's and Michael Savage's who are lost and know not the Savior, for the Day of the Lord is indeed closer than we ever can imagine and zero remedies now are to be found (Matt. 24, 2 Thess. 2:3-12, Rev. 6-19). Does this appraisal sound like a defeatist attitude to you? Well... it is far from it. We now (as believers) are to choose the proper hill to fight on and like Noah, Jeremiah and Ezekiel of old we are today to speak only of the Savior and the Day of the Lord which is at our door.

A ninety year dying old man does not need to hear a delusional optimistic message that he will get better and that all things will be well for him when he is in the hospice unit and is ready to die. He needs only to hear that his end is soon and that Almighty God has a wonderful hope and saving solution for his soul if he should choose (John 1:12, 3:16-17, Acts. 4:12,16:28-30).

Those upon the Titanic did not need to hear optimistic remedies of how to fix a doomed and sinking ship but rather man the lifeboats and if you missed the lifeboats, Almighty God has provided a Savior for the world beyond that awaits us if you should so choose.

We as a nation - at the absolute end of our journey - do not need to tell people to hope in a lawless agenda which is offered by both political parties. The political fall-out and consequence of our past and present have fully saturated and ravished our inhabitants beyond all repair. The EXPONENTIAL technology of our day is EXPONENTIALLY accelerating our rot as a people and Satan's "Do as thou wilt" godless philosophy is the ideology of our land from top to bottom. Eventually, Conservatives who know not the Lord as their Savior will be wiped out by the fallout of our nation's implosion and those who survive will enter into the Day of the Lord (Matt. 24, Rev. 6-19).


The EXPONENTIAL technology of our day is EXPONENTIALLY accelerating our rot as a people and Satan's "Do as thou wilt" godless philosophy is the ideology of our land from top to bottom. 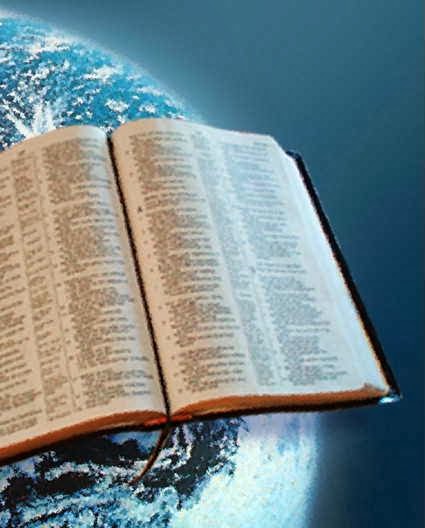 We started this blog ten years ago and we have seen everything that the Lord has laid upon our hearts to come to pass here in America. Our nation's plagues have never gotten better but only EXPONENTIALLY worse! If you have eyes to see and have been following the Spirit's leading in these trying days then you will understand what we are trying to convey to you. If you have not, then this message which we have put before you will sound like the crazy foolish babblings of a Christian end times zealot and kook.
My dear friends, may we all play the man/women that our Savior has called us to be and do our part as a child of God seeking the Father's will for His glory, ever redeeming to time for indeed our day is evil (Eph. 5:15-16). Use our nation's crises and soon demise to cause people to think and let them know that there is always an ETERNAL wonderful hope in Jesus Christ; for all the prophecies which speak of the end times which are to be found in Almighty God's Word are are about to become REALITY to this godless demonically drunken world and when that time does come they will know that God's messenger was sent unto them (Rev. 6-19). God speed for God's glory!

The Kingdom of Heaven is at hand!
DJP I.F.

The Ignorant Fishermen at 3:40 AM No comments:

He's PERFECT for You 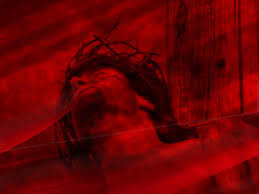 
The Lord Jesus Christ gave His RIGHTEOUS LIFE and shed His RIGHTEOUS blood to be  mankind's RIGHTEOUS propitiation and justification for ALL; and to give unto them ETERNAL life so they may be restored and redeemed FOREVER to enjoy Almighty God in RIGHTEOUSNESS and in PEACE!

Dear friend, do you know the Lord Jesus Christ? If not, we would love to show you why you NEED to know Him and how to know Him. This life here in time is ALL about knowing the ETERNAL LORD of LIFE. May you sincerely seek to know the One who loved you and gave Himself for you.

The Ignorant Fishermen at 12:00 AM No comments:
‹
›
Home
View web version