A Political Party Will Not Save Your Soul! 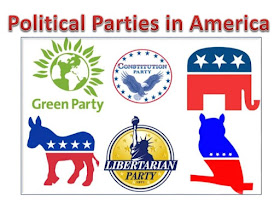 Whatever political party or political ideology one adheres to is irrelevant in the light of ETERNITY, but what one does with Almighty God's Savior is the most pertinent decision one will have to make in one's life time because ALL your ETERNITY depends on it (John 3:36, 14:3, Acts 4:12, Rom. 10:2-4). Do you as a progressive, liberal, moderate or conservative have the RIGHTEOUSNESS required to enter into Almighty God's RIGHTEOUS and PERFECT Heaven? That is the bottom line and the great ETERNAL question one must ask themselves. Almighty God the Son knocks on your heart today; will you hear Him and answer Him (Rev. 3:20)?


Whatever political party or political ideology one adheres to is irrelevant in the light of ETERNITY!

May you truly consider and make knowing God's TRUTH the most pertinent passion of your life.  We have a special challenge for you to take if you truly would like to know. May it be so!

The Ignorant Fishermen at 12:00 AM No comments:

The New America and Global Tribulation! 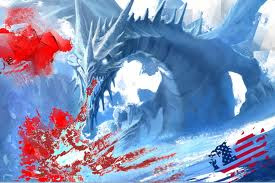 The American Left today rejoices greatly as it seeks diligently and aggressively its "lawless revolution" against our Founding Father's vision of America. Today the Left celebrates the establishment of a new nation to replace our old one, which was founded on the Laws of Nature and of Natures God. Almighty God and His moral absolutes for this physical world have been finally ousted from our schools, public squares, lives and three branches of government. Godlessness, secularism, technological tyranny, lawlessness, moral relativism and Big Government are now the new gods of America and as we look back at what once was America we now must understand that we are now in a new era, a new realm, a new estate ever evolving  into a fascist tyrannical state of despotism and anarchy.

The god of this world and the individuals behind the American Left's fascism have hid for years behind the smiley face of change, peace, human rights, liberation and social justice all which are the subtle euphemisms of lawlessness. 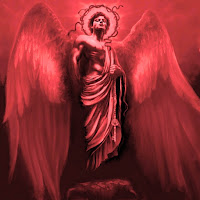 What is mind blowing and quite sobering is that countless Americans (great and small) continually ask themselves how did we get to this place? The god of this world and the individuals behind the American Lefts fascism have hid for years behind the smiley face of change, peace, human rights, liberation and social justice all which are the subtle euphemisms of lawlessness. This smiley face has now revealed its self to all who would see it as the consuming Dragon of old, the god of this fallen world and demonic tyrant of Adam's fallen race (John 8:44, Eph. 6:12, Rev. 12:9).
.
Make no mistakes my friends more is at work here then the hands of lawless man.
'

Make no mistakes about it my friends... more is at work here in the U. S of A than the subtle out workings of lawless man (2 Cor. 4:3-4, Eph.6:12). The Master politician (aka. Lucifer) has now set the stage for his soon reception and 666 global state (2 Thess. 2:3-12, Rev. 13) in which none shall escape (1 Thess. 5:1-4, Rev. 6-19). America, its founding and its Gospel outreach has been for the last 400 years a dam holding back Satan's lawless global designs. He has been constantly chipping away at our foundations for decades, eroding our Judeo/ Christian founding and dumbing down our inhabitants one generation at a time with his godless thugs... and here we are at the end with HORRIFIC global tribulation at our door (Matt. 24, 2 Thess. 2:3-12, Rev. 6-19).
.
but honestly dear friends... who will hear Almighty God's saving message!
.

Our nation's inhabitants ONLY hope in this dire hour is for each American to personally  turn to Almighty God and to His saving grace before the Day of Almighty God's Wrath arrives... but honestly dear friends... who will hear Almighty God's saving message (John 3:16-17, Acts 16:29-31)?  For this ETERNAL REALITY is what this little existence here in this fallen world is all about. Almighty God has provided a Savior for time and ETERNITY and may you be sure that you truly know Him (John 3:16-17).
.
The Kingdom of Heaven is at hand!
.
DJP I.F.

The Ignorant Fishermen at 2:30 AM 7 comments:
‹
›
Home
View web version