The MASTER of the American Leftist Media 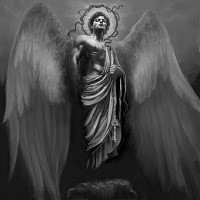 The American Mainstream Media and Washington D.C. are dominated today by a Leftist, secular and godless mindset. That isn't any secret. Not even the unregenerate (unbelievers) will disagree with that. As Lucifer (Satan) controls more and more of the Media today - with these godless surrogates and talking heads - his agenda is moving along quite rapidly and increasing exponentially. Never in the history of this nation has the Main Stream Liberal Media pushed and supported a President’s leftist agenda as this one we have today. 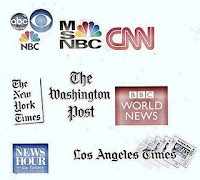 Today Lucifer’s American Leftist Media is ram-rodding, bulldozing, redefining and cultivating the U.S. ground for the future grand reception of his ultimate agenda presided over by his Ultimate Minion, the Anti-Christ, who will head a godless and secular world government in the near future. At that time he will totally possess ALL the World’s remaining media and will vigorously push his global godless agenda to all the world's doom (Isa. 24: 4-6, Dan. 2:34-35,44-45, Matt 24:22, Rev. 14:10-11, 19: 11-21).

The secular liberal mindset is the most open to Satan's suggestions for a godless trend-setting agenda. They do his will quite readily because they are the most susceptible to it. Just by watching their actions you can see their puppet master at work.


Jesus stated to the scoffers in his day: Why do ye not understand my speech? even because ye cannot hear my word. Ye are of your father the devil, and the lusts of your father ye will do. He was a murderer from the beginning, and abode not in the truth, because there is no truth in him. When he speaketh a lie, he speaketh of his own: for he is a liar, and the father of it (John 8:44-45).

The Bible also states: Wherein in time past ye walked according to the course of this world, according to the prince of the power of the air (Lucifer), the spirit that now worketh in the children of disobedience (Ephesians 2:2). 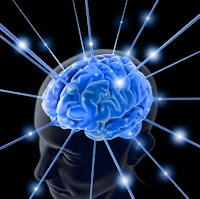 It is imperative today that we see things from God’s point of view – from an "outside of the box" objective analysis - and with a biblical perspective. Only Almighty God and His Word can expose the current trends and ever moving agenda of Lucifer. Only Almighty God can reveal to fallen humanity the realities at hand (Matt. 16:17, John 3:3-12, 14:26, 16:13, Col. 2:15).


They (conservatives) also rejected this revelation and are subject to the god of this world’s dominion.

Sad, that multitudes on the Right today – including the leaders of the New Media - reject ALSO Almighty God's  revelation found only in Almighty God’s Word. These look at the Bible – Almighty God’s revelation to mankind - as relative and powerless. They have a form of godliness, but they deny the power of it (2 Tim 3:5). They are “religious” not real. They (conservatives) also rejected this revelation and are subject to the god of this world’s dominion (Gal. 1:4, Eph. 2:1-2). As they fight tooth and nail to "save" America, they are oblivious that they are being taken away in the current flood of the devastating consequences and fall out of today's political and exponential social changes. Conservatism is at the Alamo.
.
What the Conservatism and all other political ideologies need to do is to place their faith alone in Almighty God’s redemptive plan and program for this fallen world. He is the only hope.


May you place your trust and hope in Him alone

My friend, are the many different talking heads of today's media confusing you? There is One that you can trust for the Truth and Reality coverage for your existence in time and eternity future. He alone is Trustworthy. He alone is True. He alone is Faithful and Righteous (Rev. 1:5, 19:11).

May the hour in which we live in today drive you to the Savior of all mankind, the Lord Jesus Christ. May you place your trust and hope in Him alone. True hope and security are only found in Him. He will strengthen your heart and give you a sure foundation to stand on (Matt 7:24-27). You will never be the same… NEVER!

The Ignorant Fishermen at 1:00 AM