The Obama’s – A Picture of the Ruling Class in the Day of the Lord! 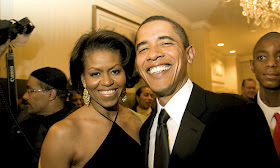 As the American leftist media tries to masquerade, hide and distract the American public from President Obama's continual indecision and apathetic stances on circumstances at home and abroad, the Obama's are off to the "Vineyard" for ten days. As the U.S. markets, unemployment and economy is tanking and our nation's debt is ever rapidly growing out of control, the ever vacationing Obama's are enjoying all the luxuries, perks and the unlimited spending of tax payer money that go with being president.


"As Nero of old, he is purposely slandering his political enemies (aka. Christians, conservatives and the Tea Party) while he destroys this nation" 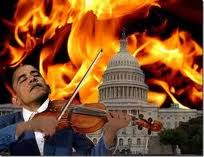 Remember Nero, who played his fiddle while Rome burned; a fire in which he had purposely set to blame the Christians. In all likeness our president is off playing golf and living the elitist life while our economy and social ills are at the brink of total collapse. Many knuckle heads abound today who are oblivious and confused by president Obama's actions. The dire condition of our U.S. estate has not been by pure happenstance. It is this writer's opinion -which is rooted in facts -that our president has purposely planned to sabotage our nation since his first day in office. Like wise also, president Obama and his political party have been seeking to destroy any traces of our founders vision for America and as Nero of old, he is purposely slandering his political enemies (aka. Christians, conservatives and the Tea Party) while he destroys this nation. No wonder that this man can go off to the Vineyard with out any convictions at all about our dire condition and the status of the American people. Well, all that is well for elitist ruling class of the United Sates. 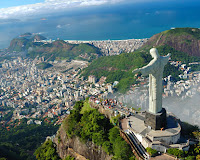 Remember the Obama’s Rio endeavour which was one has been one of their many fun filled vacations. Who knows how much this little trip cost the over burden American tax payer? Brief press conferences with less then persuasive personal concern are NOT fooling anyone any more, not even his slavish secular minions in the Main Stream Media. The Obama’s "do as I say, not as I do" elitist attitude is starting to stink up the room.

It would seem also that President Obama and his family do NOT seem to be feeling the effects of these troubled economic times. Their past 2010 Christmas vacation cost the tax payers of America an astounding $ 1,474,200 and is a slap in the face to all struggling Americans. Under his horrific and woeful economic policies, Americans are struggling financially with seemingly no end in sight. Nothing but the best for America's ruling class.
.

"This hypocritical arrogance and callus piety is exactly the kind of spirit that will dominate the coming Day of the Lord".
.

This hypocritical arrogance and callus piety is exactly the kind of spirit that will dominate the coming Day of the Lord. As millions or even billions suffer (whether from war, poverty, fiscal decline etc.), it really is no big deal to me, just as long as I have MY luxury and MY narcissistic desires and needs met and gratified. For after all it is all about me.
.
"Their Christmas vacation cost tax payers an astounding $ 1,474,200"
.
Remember also two days after the 2010 elections President Obama and his elitist group of friends headed off to .
According to NDTV - The US  spent a whopping $200 million (Rs. 900 crore approx) per day on President Barack Obama's visit to the city.

"The huge amount of around $200 million would be spent on security, stay and other aspects of the Presidential visit," a top official of the Maharashtra Government privy to the arrangements for the high-profile visit said.

About 3,000 people including Secret Service agents, US government officials and journalists would accompany the President. Several officials from the White House and security agencies are already here for the past one week with helicopters, a ship and high-end security instruments.
.
"The huge amount of around $200 million would be spent on security, stay and other aspects of the Presidential visit"
"Except for personnel providing immediate security to the President, the officials may not be allowed to carry weapons. The state police is competent to take care of the security measures and they would be piloting the Presidential convoy," the official said condition condition of anonymity.

Navy and Air Force has been asked by the state government to intensify patrolling along the Mumbai coastline and its airspace during Obama's stay. The city's airspace will be closed half-an-hour before the President's arrival for all aircraft barring those carrying the delegation.

The personnel from SRPF, Force One, besides the NSG contingent stationed here would be roped in for the President's security, the official said.

The area from Hotel Taj, where Obama and his wife Michelle would stay, to Shikra helipad in Colaba would be cordoned off completely during the movement of the President. (Article from NDTV)

When is on the brink of fiscal collapse and millions of Americans are struggling to make ends meet -  searching for work etc. - our President sees absolutely no problem in spending 200 million dollars a day for a extravagant trip to India. Do not forget about Mrs. Obama’s extravagant trip last summer to with 40 of her close friends and the leasing of 60 rooms in a five-star hotel in which American’s dished out $375,000. Out of touch? I would say so!
.
The Ruling Class of the Day of the Lord
. 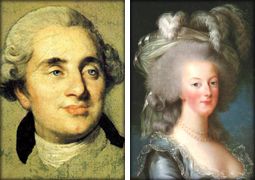 Coming up shortly – after the Rapture of the Church – the Day of Lawlessness will commence (2 Thess. 2:3-12). This seven year global tribulation will begin with the Four Horsemen of the Apocalypse (Rev. 6). In the aftermath of these four riders, 1/4 of the world’s population (about 1.75 billion) - at this time - will be slain by war, famine and pestilence. The carnage and suffering of the world’s inhabitants at this time will be exponential and horrific. The food prices during this period will sky rocket so that a man must pay a total days wage for very little food (Rev. 6:5, 6). The reference in Revelation 6 of “hurt not the wine or oil” speaks of the luxury of the elite and the elite callously enjoying the luxury of food and lacking nothing as multitudes of their people wallow in the closed box of starvation and despair. Note what groups of individuals seems to be NEVER affected by war and its horrific consequences.

"Note what groups of individuals seems to be NEVER affected by war and its horrific consequences"
.
It is know quite well that Hitler and Stalin – which included their inner circle of leaders - at the height of World War Two NEVER lacked for food or drink or luxury. These War Pigs lived in the lap luxury without blinking an eye while millions of their country men died, starved and wasted away.

There is NOTHING new under the sun (Eccl 1:9, 10). As we head rapidly towards global devastation do not expect the War Pigs and Elites of this world to lack! The Obama’s are a picture of the self serving elitist leaders who do what ever they need to do to fill their impoverished soul with the toil and labors of those they rule over.

Listen to the dreadful and fearful words of the Holy Ghost spoken in Almighty God’s Word to the world's establishment of elitist and ruling class of individuals.

Go to now, ye rich men, weep and howl for your miseries that shall come upon you. Your riches are corrupted, and your garments are moth eaten. Your gold and silver is cankered; and the rust of them shall be a witness against you, and shall eat your flesh as it were fire. Ye have heaped treasure together for the last days. Behold, the hire of the labourers who have reaped down your fields, which is of you kept back by fraud, crieth: and the cries of them which have reaped are entered into the ears of the Lord of sabaoth.Ye have lived in pleasure on the earth, and been wanton; ye have nourished your hearts, as in a day of slaughter. Ye have condemned and killed the just; and he doth not resist you (James 5:1-6)

Sadly, the elite of this fallen temporal doomed world exclude Almighty God from their existence (Rom 1:18-32). They live in a subjective narcissistic delusion in the vanity of their own minds (Acts 17:30). Oh …that these would comprehend the ETERNAL and abandon the finite temporal things of this world for treasure in Heaven!
.
The Lord Jesus stated, “For where your treasure is, there will your heart be also.” (Luke 12:34)

But God said unto him, Thou fool, this night thy soul shall be required of thee: then whose shall those things be, which thou hast provided? So is he that layeth up treasure for himself, and is not rich toward God (Luke 12:20-21).
.

"For what shall it profit a man, if he shall gain the whole world, and lose his own soul? (Mark 8:36)"
Is there hope for the elitist ruling class and oppressors of men? God’s Word has the answer!

How hardly shall they that have riches enter into the ! And the disciples were astonished at his words. But Jesus answereth again, and saith unto them, Children, how hard is it for them that trust in riches to enter into the ! It is easier for a camel to go through the eye of a needle, than for a rich man to enter into the . And they were astonished out of measure, saying among themselves, Who then can be saved? And Jesus looking upon them saith, With men it is impossible, but not with God: for with God all things are possible (Mark 10:23-27).

Indeed my friend! With men it is impossible, but not with God: for with God all things are possible!!!

It is our sincere desire that the Obama’s and the greedy oppressing elites and ruling class of this world would see the big picture and see their desperate need for God's Savior of the world, who is KING of kings and LORD of lords (John 3:16-17, 10:2-4). Indeed a great Day is coming in which great and small will stand before the Son and give a full account for their deeds in the flesh and their rejection and rebellion against the Savior of the world (Rev. 20:11-15). While there is yet time and breath left in their nostrils, may these cry out to the Savior in repentance and with a contrite heart! The Day of Slaughter is at hand, just as James warned of and great it will be (James 5:5, Rev 19:15-21. 20:11-15)!
The is at hand!

The Ignorant Fishermen at 4:08 AM