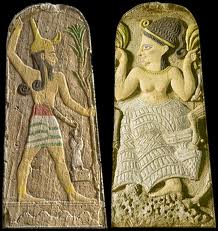 (In light of the radical Left's New Green Deal).

Much of ancient ’s plight, well documented throughout the Old Testament, was its insatiable thirst for pagan nature worship. This of course was in direct violation of the first two commandments of the Mosaic Law which commanded not to worship any other false god or idol (Exodus 20:3-4). The reason why was forbidden to worship other gods, the natural created order, and idols, was given in Genesis. Genesis 1 presents to the reader an ultimate Creator who made the universe out of nothing through His omnipotent spoken word, and then climaxed the creation process with the making of man in His own image. This foundational truth is in fact basic to the first two commandments of the Mosaic Constitution, the rest of which was summarized by the Son of God Himself, “Love the Lord your God with all your heart and with all your soul and with all your mind.' This is the first and greatest commandment. And the second is like it: 'Love your neighbor as yourself.' All the Law and the Prophets hang on these two commandments (Matthew 22:36-40).”

The worship of God as the Creator and human ethics went hand in hand in the Mosaic Law.

In other words, the worship of God as the Creator and human ethics went hand in hand in the Mosaic Law. The first four commandments demand love for God. Commandment five demands love for parents, and commandments six through ten demand love for others. Man was thus to worship and love God as His Maker, and the best way to fulfill this was to treat one’s neighbor with love and respect precisely because he too was made in God’s image. As such, the entire Mosaic legislation was written with the reality of Genesis 1 in mind, and once this truth was forgotten or compromised by idolatrous nature worship, love and respect for both God and man are inevitably diminished. This placed upon the downhill slide of a preoccupation with all things superficial, which snowballed into anti-human asceticism during the divided kingdom stage, and bottomed out with human sacrifice and cannibalism at the end of line for both in the north (722 BC) and in the south (586 BC).
.
Israel’s Adulterous Affair with the Nature god Baal 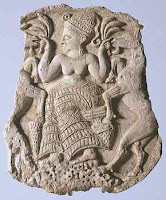 This pagan nature worship was purposefully described with such graphic sexual language precisely because cult prostitution and sexual mysticism was a big part of the nature worship process. Sexual fertility cults and the desire for a corresponding agricultural fertility were weaved together into a pornographic nature worship scheme that corrupted the entire nation and its people. Throughout ’s and ’s history, this deviant and natural instinctual behavior, in great contrast to the dictates of the Mosaic Law, was most often associated with the worship of the nature god Baal. Baal was the god of grain and the god of thunder. He was in fact the weather god. The name Baal itself simply means ‘lord.’ Thus, as the tribal lord of the people and the land, Baal was not only often confused with the ‘Lord’ of the Old Testament, but he was also in charge of agricultural fertility and the weather.


Thus, in addition to sexual abandon, the worship of Baal also incorporated harsh ascetic practices into their nature worship as well.

However, Baal was not all powerful like the Hebrew God. On the contrary, he was forced each and every year to have a life and death struggle with the god of death, Mot, reflecting the fate of the seasons. Baal dies every summer under the excessive heat and drought. Baal however, with the help of sexual and bloody rituals, comes back to life to defeat Mot for the cooler autumn weather and the fall rain. Thus the chaotic weather was blamed on the struggle between Baal and Mot, which could only be pacified through cultic prostitution on the one hand and strict asceticism on the other. Thus, in addition to sexual abandon, the worship of Baal also incorporated harsh ascetic practices into their nature worship as well. Ecstatic pleasure and bloody pain were used to propitiate the nature gods for the sake of fair weather (1 Kings 18:25-29). Thus, Baal nature worship was completely indulgent with regard to sexual mysticism on the one hand, but overly strict, harsh, and severe on the other hand with regard to ascetic practices, with occasional bouts of human sacrifice along the way (2 Kings 17:28-41). Worst of all is that much energy and riches were spent in the promotion and practice of the cult. wasted its wealth and activities on the worship of Baal, which eventually led to the nation’s downfall. 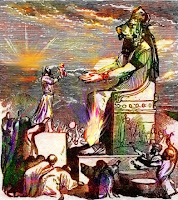 Isaiah 57 records the loss of spiritual leadership that contributed to the suicidal demise of the nation where “the righteous man perishes, and no man takes it to heart; and the devout men are taken away, while no one understands. For the righteous man is taken away from evil (Isaiah 57:1)” Here Isaiah notes while the good men die off and are taken away to paradise, on the earth no one replaces them. Left behind are the nature worshiping counter culture rebels of society, “against whom do you jest? Against whom do you open wide your mouth and stick out your tongue? Are you not children of rebellion, offspring of deceit, who inflame yourselves among the oaks, under every luxuriant tree, who slaughter the children in the ravines, under the clefts of the crags? (Isaiah 57:4-5).” Here is seen nature worship, sexual abandon, and child sacrifice all rolled up into one outdoor whore house of death.


Here is seen nature worship, sexual abandon, and child sacrifice all rolled up into one outdoor whore house of death.

Not surprisingly, this contradictory lifestyle of sexual license and strict asceticism/human sacrifice was foisted upon the people by the cultivated crowd, the elites of the society. They, of course, were far more influenced by the surrounding Canaanite religious culture than by the Mosaic Constitution. Nonetheless, the commoners often enjoyed nature worship as much as their leaders, leaving prophets of the Old Testament sometimes comparing themselves to jackals (Micah 1:8), or roaming the streets of Jerusalem looking for at least one righteous man (Jeremiah 5:1-14). As such, the population at large was completely oblivious to the approaching doom which the Old Testament prophets foresaw. The fact that this downhill process was over 200 years in the making only contributed further to their false sense of security.
.
Israel’s Nature Worship Destroyed Their Economy & Agriculture 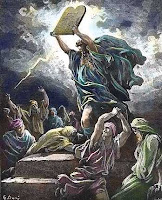 In the book of Hosea, because of the northern kingdom of Israel’s false nature worship, the God of the Old Testament promises to turn the agricultural prosperity of the promised land into a wilderness unable to feed its people, “I will destroy her vines and fig trees, of which she said, ‘these are my wages which my lovers have given me.’ And I will make them a forest, and the beasts of the field will devour them. I will punish her for the days of the Baals when she used to sacrifice to them and adorn herself with her earrings and jewelry, and follow her lovers, so that she forgot about Me (Hosea 2:12-13).” 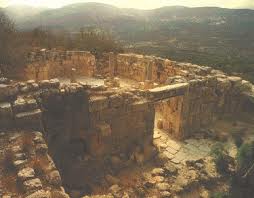 The same judgment also befell the southern because of her own idolatrous nature worship. Isaiah predicts a Jewish Dust Bowl of biblical proportions (Isaiah 5:6, 10-15, 24). In the book of Micah, God determined that He would turn the mountainous temple area into a forest unfit for true religious worship (Micah 3:12). By Ezekiel’s day, at the end of the long road to destruction, nature worship left Judah in a slaughterhouse specifically designed by God to teach the nation a most serious lesson, “then you will know that I Am the Lord, when the slain are among their idols around their altars, on every green tree and under every leafy oak – the places where they offered soothing aroma to their idols (Ezekiel 6:13).” Thus in the end, nature worship sacrificed the Jewish people with a counter culture religion loaded with backward motivations, goals and practices where the creation was worshiped rather than the Creator. That such a subversive and regressive form of nature worship led to both the Assyrian and Babylonian exiles is hardly surprising.


Nature worship and environmentalism has been slowly replacing America's Judeo-Christian heritage that so many have taken for granted.

Nature worship and environmentalism has been slowly replacing America's Judeo-Christian heritage that so many have taken for granted.  This 'evolutionary' process largely began in America in the 1960's as the sexual revolution coincided with a 'get back to nature' attitude that continues unabated to this day.  In fact, America's previous love for the pioneering days of old has been hijacked by a romanticized view of nature that is far more in line with what the original pioneers fought against when they tamed the western frontier.  The Genesis mandate to subdue and fill the earth (Genesis 1:26-31) was part and parcel of the Manifest Destiny doctrine that conquered the west.  Today, this has become an embarassment to the modern American mindset.  This reveals a vast change of attitude that is far reaching in its consequences, and has the potential to completely reverse what originally built America.  Furthermore, this 'get back to nature' attitude is not something new.  It has its roots in ancient paganism, and the best historical example that can be found anywhere to understand what America is currently being faced with is to return back to the Old Testament.  Israel, after having conquered the promised land (Joshua - 1400 BC), later became infatuated with nature worship beliefs called Baalism (850-600 BC).  This change of attitude eventually led to the nation's demise.  It completely reversed the conquest of Joshua and sent the nation packing into the Assyrian and Babylonian exiles respectively.
.
The Kingdom of Heaven is at hand!


What is Sin?
Green Social Pollution
.

This is an excerpt from “Nazi Oaks: The Green Sacrificial Offering of the Judeo-Christian Worldview in the Holocaust,” written by Mark Musser copyrighted in 2010. This excerpt may not be reproduced in any form, stored in a retrieval system or transmitted in any form by any means (electronic, mechanical, photocopy, recording or otherwise) without prior written permission of the author, except as provided by United States of America copyright law.

Mark is also the author of and a commentary on the warning passages in the book of Hebrews called “Wrath or Rest: Saints in the Hands of an Angry God.”

The Ignorant Fishermen at 4:00 AM