The Correct Definition of "Armageddon"

As of late, all we have been hearing from the hyper leftist propaganda news media – is that, “America is in a fiscal “Armageddon”. The media and ‘Marxist” Washington D.C. has been pushing crisis after crisis in their never ending evil designs to seize more and more power and control over our Republic form of democracy. The word “Armageddon” - which has been used continually by these fear mongers,- has been used by many in many different ways and in many different contexts to describe a situation of gloom or pending catastrophe, but sadly when this word (Armageddon) is used it is ALWAYS taken out of its original biblical context, thus clouding and distorting the seriousness of its meaning and watering down its horrific sobering realities of the godless world's FINAL global battle against Almighty God (Rev. 16:13-16).


But sadly when this word is used it is ALWAYS taken out of its original biblical context, thus clouding and distorting the seriousness of its meaning and watering down its horrific sobering realities of the godless world's "Final Global Battle" against Almighty God.

As far back as the pre-flood world, Almighty God has spoken of a Day when He would judge the world for their lawless and rebellious violations against the ETERNAL (spiritual and natural) absolutes of Almighty God(Jude 1:14-15). Mankind - who lives in his fallen darkened subjective world - has rejected the ETERNAL sovereignty of Almighty God - his Creator - and has been at continual war against Him since Adam’s fall (Gen.3, Rom. 1:18-32; 3, 5:12-21). 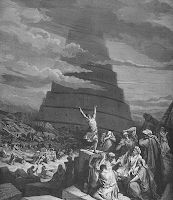 As mankind has spread out into all four corners of the earth since the judgment at the Tower of Babel, he has ONLY increasingly manifested and blossomed into the godless, lawless and violent individual that has ravished him since his fall (Gen 8:21, Rom. 1:18-32 ; 3). 6000 years of human history has overwhelmingly and exponentially demonstrated to all without any shadow of a doubt mankind’s absolute bankrupt condition when pertaining to the ETERNAL RIGHTEOUS ABSOLUTES of Almighty God. As time has marched on (6000 years), we have only seen the world entrench themselves continually deeper into the spiritual abyss of fathomless darkness, totally self absorbed and totally bankrupt (John 3:19-21, Eph. 2:1-3, Rev. 17:1-2). It has been in these last 100 years - out of the 4200 years since Babel - in which we have seen mankind with all of its EXPONENTIAL technological advances, EXPONENTIALLY express themselves as a horrific violent mushroom cloud on the horizon of mankind. This ravishing of the world’s societies, cultures and inhabitants of planet earth has reached new EXPONENTIAL cruelties, barbarianism and global blood baths with its genocidal madness destroying countless millions.


With the incredible new HYPER - EXPONENTIAL technological advances of our day expect mankind to out do themselves as they continue to express their violent and lawless tendencies to all new levels of catastrophic barbarity and godlessness.

There has NEVER been a century of death, violence, famine, genocide, barbarity, anti Almighty God, anti Semitism and anti Christian until we reached the 20th century. With the incredible new HYPER - EXPONENTIAL technological advances of our day expect mankind to out do themselves as they continue to express their violent and lawless tendencies to all new levels of EXPONENTIAL catastrophic barbarity and godlessness (Matt. 24:10-12; 2 Tim. 3:1-7; Rev. 6-16). My friend, that is exactly where we are heading as a world and what the seven tribulation period (Daniels’s 70th week) will EXPONENTIALLY manifest and demonstrate (Matt 24; 2 Thess. 2:3-12; Rev. 6-16). It will be - at this time - that the final rebellious expression of mankind’s hatred against Almighty God their Creator and His ETERNAL sovereignty will fully be manifested to its zenith! Even with the overwhelming SUPER NATURAL signs and wonders of Almighty God’s Two Lamp Stands (Moses and Elijah), nothing will hinder and stop the wrath of fallen mankind and their demonic masters to do FINAL battle against Almighty God’s program for the ages found in the nation of Israel (Zech. 12:3-4, Rom. 9-11) at the battle of Armageddon. My friend, ALL is heading to Armageddon!


It will be during these seven years of tribulation that mankind will reach the rebellion zenith against their Creator under the demonic influence of Lucifer and his released fallen hosts.

Armageddon - as the Bible (Almighty God’s Word) – clearly defines, is the FINAL accumulated manifestation of the godless rebellious heart of mankind through out the centuries (4200 years since Babel rebellion) expressed at its pinnacle and zenith (Rev. 16; 13-16). It will be during these seven years of horrific tribulation that mankind will reach the rebellious zenith against their Creator under the demonic influence of Lucifer and his released fallen hosts (Rev. 9, 16:13-16, 18:2). The horrific and catastrophic transgressions of mankind at this time will be achieved by these global delusional maniacs in light of the full revelation of Almighty God’s grace, mercy, evangelical outreach, signs, wonders and angelic proclamations – Rev. 6-16. So GREAT will their subjective and vindictive rage and hatred be against Almighty God that these will stop at nothing to reach their final conflict! Is it not funny how all of those who throw around the "Armageddon" word NEVER state this reality. How can they! Sadly, it is most likely that the over whelming majority of these reprobates would march to Armageddon themselves if the battle were today!

May you harden not your hearts and understand what Almighty God's ETERNAL LOVE is for you. As this Day approaches, may you be sure that you personally know the Lord Jesus Christ as you PERSONAL Savior (John 1:12, 3:16-17, Acts 16:29-31)! You will NEVER be the same!!

The Ignorant Fishermen at 12:23 AM