The Jungle Has Now Become Mainstream! 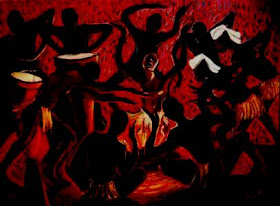 One statistic that absolutely floored me was that America dominates the world today in Internet pornography use. As our once moral society is burning frantically out of control today with the unbridled passions of godless men, what are we as a nation to do? Once is removed off the world stage what restraining influence will there be in this oppressive world?


America dominates the world today in Internet pornography use.

Today, in every facet of our American culture and society there is nothing found that is NOT untainted or unsoiled by the horrific consequences from the VIOLATIONS of the Laws of Nature and of Nature’s God (Isaiah 24:5-6). There is no greater place where this embracement of decadence is to be found today than in our YOUTH (10 -18 years old). With the liberal secularist controlling the music industry, video games, image media and educational system, it is no wonder that all kinds of godless immorality are promoted, applauded and encouraged by our society today. Tragically our youth have NOT been taught the moral absolutes which provide healthy moral boundaries to preserve a society. They have been spoon-fed with the destructive poison of narcissism, secularism, pluralism, political correctness and relativism from their crib. Is it no wonder that they are near impossible to talk to or to be directed in truth and reality. In light of these being raised in such a secular environment, our youth today have learned how to create and insulate their narcissistic wants and needs by applying the tools of political correctness. They have all that they need to slander any opposition from authority in their promotion of one's "personal rights". They have built an impregnable fortress in which to take their personal narcissism to EXPONENTIAL levels and into the Day of the Lord (1 Tim 1:4:1-3, 2 Tim. 3:1-7).


They have been spoon-fed with the destructive poison of narcissism, secularism, pluralism, political correctness and relativism from their crib.
,
A dear brother of mine in the Lord - who is no prude but a very balanced godly man - had to do security at one of the “well - to - do" high school senior dances here in CT. While there he was absolutely horrified by the teenage display of outright shamelessness, acts of vulgarity, pornographic acts, decadent tribal mannerisms and excessive licentious behavior on the “dance floor”. To his astonishment, he was even more amazed at the lack of concern by the teachers, administrators and other security guards who were present with him. 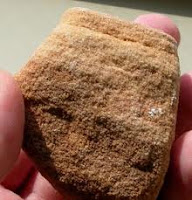 The oblivious and callous responses from these “reprobate teachers and staff” was, “Well, that’s what kids do now today” and “We do not want to be judgmental or offensive”. My friends... with reprobate teachers and faculty like this, is it any wonder that we are beyond the brink of total social collapse? Violence, decadence, and anarchy are fully just beyond the paper door and to these reprobates; all is “normal and well”. I personally grew up in the 80’s and was WITHOUT Christ and was dead in TRESPASSES AND SINS. I personally know this world and its inner workings – no boasting at all of my godless past (Rom. 7:24-25, 1 Cor. 6:9-11, 2 Cor. 5:17-21, Eph.2:1-10), but even we as godless reprobates back in the day had some conscience, boundaries and limits. Today there are absolutely none. I mean ABSOLUTELY NONE, ZERO, NATTA!

To point out any moral absolutes or to condemn any immorality and its horrific social consequences in our lawless culture and society is to be labeled a bigot, judgmental, a proponent of hate speech and a social Nazi. 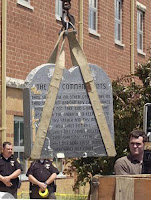 Lawlessness and immorality are now redefined to society as political correctness, tolerance, “personal” rights, “personal" freedoms, “personal” preferences, pro-choice, the “new” morality, pluralism and relativism. Gone today from are moral absolutes and pure common sense. To point out any moral absolutes or to condemn any immorality and its horrific social consequences in our lawless culture and society today is to be labeled a bigoted, judgmental, promoter of hate speech and a social Nazi. It is by this offensive slanderous campaign and rhetoric that these lawless corruptors have protected, procured and promoted this decadent and licentious behavior throughout our nation. The guardians of godlessness and lawlessness have been the 24/7 news media, new Hollywood, academia and the secular state. These have insulated, incubated and injected this lawless ideology into every facet of and we now as a nation are totally reaping the exponential consequences and we know it not! As the frog that was slowly cooked in the pot, so are we as a nation today. We have been boiled to the bone and have become insensitive and hard-hearted! The jungle culture and mentality is running rampant throughout the USA and all is assumed well and healthy. Woe unto Us as a nation! Woe indeed! (Isa. 5:20)

These have insulated, incubated and injected this lawless ideology into every facet of and we now as a nation are totally reaping the exponential consequences and we know it not!


Was not the Apostle Paul – under the inspiration of the Holy Spirit – so right when he penned these words about the last days?


“This know also, that in the last days perilous times shall come. For men shall be lovers of their own selves, covetous, boasters, proud, blasphemers, disobedient to parents, unthankful, unholy, Without natural affection, trucebreakers, false accusers, incontinent, fierce, despisers of those that are good, Traitors, heady, highminded, lovers of pleasures more than lovers of God; Having a form of godliness, but denying the power thereof: from such turn away. For of this sort are they which creep into houses, and lead captive silly women laden with sins, led away with divers lusts (2 Tim. 3:1-6)”

What more does one have to read to know beyond a shadow of a doubt that we are at the end nationally and globally (Matt. 24, 2 Thess. 2:10-12, Rev 6-16)! When the world’s only nation - at present - which was founded on the Laws of Nature and of Nature’s God, has rejected and turned their back on Almighty God and His moral absolutes, what hope is there – not just for the but for the world?

In these last days - as this world is spiraling frantically out of control at exponential levels never achieved before, there is a sound reality and great hope to all who call upon the Lord Jesus Christ as Savior and Deliverer (John 1:12; Acts 16:28-31).


We as a nation, have been reduced to an oppressed decadent culture and social order. May those - who so desire - look unto the Lord for His stability and confidence in these last days (Isa. 26:3, John 14:27).


"God’s Word states that it is Jesus alone that saves!"

If you are one who finds yourself today being addicted and dominated by this unbridled decadent spirit, may you call with all your heart soul and mind to Almighty God for His deliverance! He will deliver you and set you free and you will NEVER be the same (John 8:32, 36, 2 Cor. 5:17-21)! That is the God honest truth my beloved!

He will deliver you and set you free and you will NEVER be the same!

As the Day of the Lord approaches ever more closely and man’s plague laden remedies fail to contain the exponential damage and consequences unleashed today by man’s addictions to the demons released from Pandora’s Box, May Almighty God be your refuge in these last days!

Truly, the is at hand!

The Ignorant Fishermen at 7:15 AM