Is the Euro the Anti Christ’s 666 Currency? 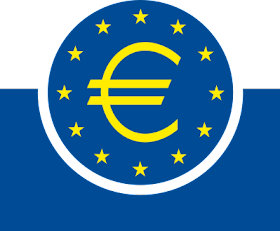 Will the Euro be the anti Christ’s 666 global currency when he reigns for the last 3 ½ years of the seven year tribulation (Rev. 13)? To many pre-trib Bible commentators it will. Almighty God’s Word is absolutely clear that the Anti Christ will come out of the “revived” Roman Empire (Dan. 2:40-44, 7:7-28, 9:25-27) and to many, this single, sound biblical fact is the foundation for this position.


Will the Euro be the anti Christ’s 666 global currency when he reigns for the last 3 ½ years during the seven year tribulation?

As we draw ever closer to this appointed time, we know what the end result will be but many have speculated as to how and by what means these foretold events will materialize and what will be the chief instruments used to fulfill these appointed times. We here at the IFB are no different. There is nothing wrong in speculating with sound biblical teaching about the way things will unfold as we enter the Day of the Lord. In light of the many emails and questions asked on this we thought that we would address this topic especially in light of the pending collapse of the Euro which has been in the news of late.

It is true the Euro is in its death throes but look what this common currency has done to unify and nationalize the once hostile and war torn nations of Europe. True, the Euro has its many opponents, but overall it has made its members and the European inhabitants very dependent on the European Union’s commission. There is nothing like a crisis, especially a fiscal crisis for the consolidation of power and to cause the masses to unify around a “common” crisis and leader. It is the perfect storm in for totalitarians to arise when the masses cry for change and for a strong leader? Democracy, the rule of law and the social and fiscal order are thrown out of the window and the vacuum is filled with a lawless tyrant.


True the Euro has its many opponents, but overall it has made its members and the European inhabitants very dependent on the European Union’s commission.
/
As we look at the Holy Scriptures and read what lays a head in the imminent arrival of the seven year tribulation (Dan. 9:25-27), we see that there is no GREATER word that can be used in our English language to describe this unprecedented time other than EXPONENTIALLY! The Lord Jesus stated that, “For then shall be great tribulation, such as was not since the beginning of the world to this time, no, nor ever shall be. And except those days should be shortened, there should no flesh be saved: but for the elect's sake those days shall be shortened” (Matt. 24:21-22). 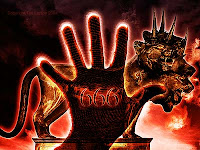 It is our personal opinion on this matter - based on sound biblical teaching - that when the anti Christ finally rises to ABSOLUTE power - after his miraculous resuscitation and fatal wound being healed (Rev. 13:3,12, 17:8-10) - that he will brutally murder Almighty God’s Two Witnesses and leave their dead bodies in the streets of Jerusalem (Rev. 11:7-12). This very act will institute his 3 ½ year reign and the commencement of his 666 global state (Rev. 13). What is often left out of this commonly agreed position is what has previously taken place for the last 3 ½ years (the first half of the seven year tribulation) before his rise to absolute power (Rev. 13).

There is ABSOLUTELY NO WAY that any national currency can ever survive to the conclusion of this EXPONENTIALLY catastrophic time(the first 3 ½ years of the seven year tribulation) including the Dollar and Euro.

﻿
It is after the signing of the covenant between victorious Israel and the newly revealed anti Christ on behalf of Israel’s enemies (Ezek. 38: 8, Dan. 7:27, 1 Thess. 5:3, Rev. 6:1-2) that the world will enter a time of EXPONENTIAL demonic activity and catastrophic global calamities which will fully engulf the entire world (Rev. 6-9). The EXPONENTIAL supernatural events, catastrophic eco disasters and the mass annihilation of humanity by global war, pestilences and starvation will transform the social and political landscape of the world to a state of EXPONENTIAL lawlessness and despair (Rev. 6-9). There is ABSOLUTELY NO WAY that any national currency can ever survive to the conclusion of this EXPONENTIALLY catastrophic time (the first 3 ½ years of the seven year tribulation) including the Dollar and Euro (Rev. 6-9).

It will be after these EXPONENTIAL and catastrophic 3 ½ years (Rev. 6-9) that the lines will be draw by the earth’s remaining inhabitants. These will be at an absolute and final crossroads and will choose with eyes wide open who they will serve for their remaining moments of time and for ALL ETERNITY (Rev. 13:16-18, 14:9-11). Either Lucifer and his anti Christ or the ONLY wise Creator, King of Kings and Savior of ALL mankind, The Lord Jesus Christ!


It will be HIS mark ALONE that will be the ONLY vehicle for buying or selling food etc. for all the remaining masses of the world during this time.
.﻿ 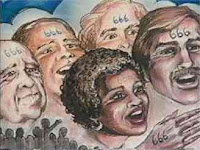 Whatever monetary standards (gold, silver, precious stones etc.) which remain at this time (Rev. 6-9) will be used by the anti Christ for his the 666 currency (Rev. 13:16-18, 14:9-11). It will be HIS mark ALONE that will be the ONLY vehicle for buying or selling food etc. for all the remaining masses of the world during this time. It is our personal belief that it will be a literal mark with the anti Christ’s 666 inscription (Rev. 13:16-18, 14:9-11). It is doubtful that much of the technological advancements of our present day will survive this catastrophic time period (Rev. 6-9). Without access to electric power and the much needed technological applications for this technology, the computer chip would be rendered useless. The anti Christ – at this time – will need a more simple and solid means of verification and the engraved inscription of his 666 mark IN the fore head or right hand of a godless, Messiah rejecting, loyal subject of the 666 global state will do the job.

It is doubtful that much of any technological advancements of our present day will survive this catastrophic time period.

We are indeed living in turbulent times and all that we see before us in the global politics and the global social order of our day is leading to this time. Be NOT deceived! This is where we are heading as a world and nothing is going to stop this arrival to its prophetic fulfillment.

It is our sole desire if you know NOT the Savior to please be sure that you do (John 1:12, 3:16-17, Acts 16:31)! For us who do may we be getting out His saving Word and redeeming the moments… for the Kingdom of Heaven is TRULY at hand!

What must I do to be saved!
The Catastrophic Events That Will Lead Up To The Anti-Christ's 666 Global State

The Ignorant Fishermen at 3:00 AM