Who Are The 24 Elders of Revelation? 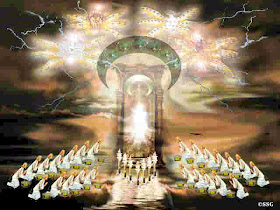 One of the most misinterpreted passages found in the Holy Scripture relates to the question: “Who are the 24 Elders of Revelation?

”There are many different answers and voices from many so-called "Biblical and Christian scholars" seeking to interpret the identity of these “24 Elders” standing before Almighty God in the very Throne Room of Heaven, as described in the Book of Revelation. Many seek to spiritualize or allegorize who these beings are by inserting outside spiritual philosophies or dogmas to make their teachings fit into the context. My friend, this is not how one interprets key truths of God’s Holy Word.

This audio study by GFP I.F. digs deep into the depths of Holy Scripture to mine - not undermine - golden nuggets of truth and precious promises found only in God’s Word. In seeking to put these wonderful truths together and into practice, it is helpful to remember that:"

Knowing this first, that no prophecy of the scripture is of any private interpretation. For the prophecy came not in old time by the will of man: but holy men of God spake as they were moved by the Holy Ghost" (1 Peter 1:20-21).

God's Word provides the true interpretation, and as we let the Holy Spirit lead us, He will reveal to us wonderful truths and give us correct understanding.

Howbeit when he, the Spirit of truth, is come, he will guide you into all truth: for he shall not speak of himself; but whatsoever he shall hear, that shall he speak: and he will shew you things to come (John 16:13).

May your heart be blessed and encouraged by this insightful message of things that will soon come to pass in due course of prophetic events. Stay tuned to the heavenly frequency!

MBC - Thousands of Pages of Bible Studies and Helpful Materials for Studying God's Word.
The Ignorant Fishermen at 12:08 AM 1 comment:

Homofascism and the Dark Days Brewing for America 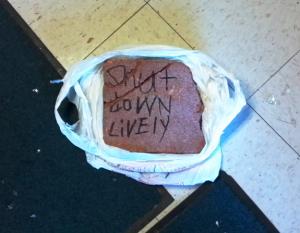 Homofascism and the Dark Days Brewing for America - link

The Ignorant Fishermen at 7:19 PM No comments:

Radical Homosexuals at War with God and Reality 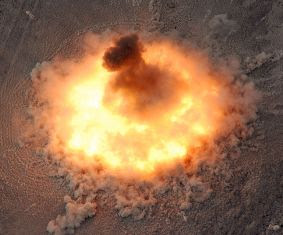 Radical Homosexuals at War with God and Reality - link 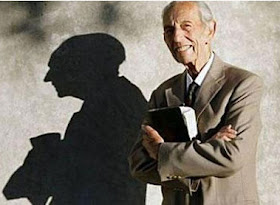 Billboards like this one have been placed throughout the nation. Harold Camping, 90 year old nationally known radio host (Family Radio) sought to predict the exact date of the Lord’s return: May 21, 2011 which failed and NEVER came to be. Well fellow seekers, here we go again... Camping now is again predicting that the end of the world will occur this week on October 21, 2011.
.

"The Lord warned against foolish date-setting when He taught that no one knows the day or the hour of His return (Matt. 24:36)"

To the discerning believer, red flags are raised immediately. First red flag: The Lord warned against foolish date-setting when He taught that no one knows the day or the hour of His return (Matt. 24:36). Second red flag: The day of the rapture will not be a "judgment day" for the world. Rather it will be the day when the members of the body of Christ (the true church) will be caught up to meet their Lord in the air (1 Thess. 4:13-18). Third red flag: The world cannot end in 2011 because the millennial kingdom of 1000 years must run its course before this earth is destroyed (Revelation 20; 2 Peter 3).
"History has proven Camping wrong and it must have been a major national embarrassment to him! Why he would now want to be embarrassed a second time is hard to understand" 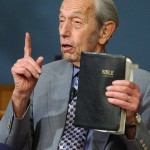 
The Kingdom of Heaven is at hand!
GWZ I.F.
Dr. Manfred Kober
The Rapture of the Church Bible Study
Seven Years To The Exact Day - The 70th Week of Daniel

The Ignorant Fishermen at 6:40 AM 9 comments:
‹
›
Home
View web version