Global Societies Moving at Exponential Speeds to One Destination! 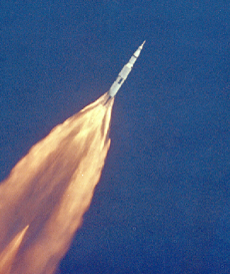 We are going to be starting a series here at the IFB looking into the EXPONENTIAL growth and speed of our society in every facet pro and con. The present day in which we are living is moving at EXPONENTIAL speeds and there has never been a time in the 6000 year history of man in which our global society has moved this  quickly. Our world and global society is moving and changing at the speed of a jet and billions are oblivious to where this jet is taking them (Rev. 6-19). With today's EXPONENTIAL rise of technology (satellites, GPS, the 24/7 global news media, You Tube, Google, Facebook, exponential stores of information and images, multitude of influential voices, I-Phones, super computers, internet etc... we are a present growing and traveling as a society at EXPONENTIAL rates and along with traveling at that supersonic speed comes mass deception at EXPONENTIAL levels which have fully corrupted our present world. Satan is more powerful than ever today and has at his demonic finger tips the power to corrupt and destroy billions within seconds (John 8:44).


However with this new accumulative knowledge came great pride and a new found dependency on technology, which opened the door to godless secularism and godless out right practice of progressive ideologies such as Darwinian evolution, Marxism and eugenics. 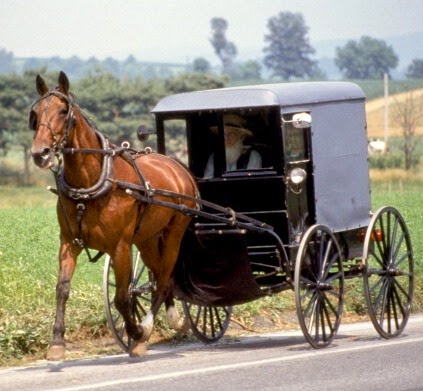 Society in the past from 1 AD to 1000 AD once moved at the speed of a horse and cart. As technology was slowly growing it was very limited  to the masses of the world's inhabitants. As time progressed the world began to entered into an exploration age with advancements in ship building, weapons of war, print media, exploration and the discovery of the new world. With the expansion of this new age technological speeds began to slowly increase at faster levels such as the speed of a galloping horse. As knowledge, wisdom and means became more accumulated, the industrial age of the 1800's and early 1900's created many helpful inventions (i.e.,  the train, telegraph, light bulb, gas engine, assembly lines and medicines). However with this new accumulative knowledge came great pride and a new found dependency on technology, which opened the door to godless secularism and godless out right practice of progressive ideologies such as Darwinian evolution, Freudian ideology, Marxism and eugenics. This climate and advancement launched societal speeds to an even faster rate of that of a racing horse. As we reached the 1930's and 40's societal speeds (via new media, radio, airplanes, industrial age products to help society) began to increase to even faster speeds and intensity to that of an accelerating sports car.


From the 60's to today, technology and societal corruption have gone hand in hand and has been EXPONENTIAL in every facet.

After WW2 - the rapid increase of technology and the secular propaganda power of the progressive media and institutions began to take off as a rocket which set in motion the rapid indoctrination of godless secularism, progressivism and anti Judeo/Christian values throughout America. The fallout from this rapid societal movement introduced the lawless 60's and by then there was absolutely no stopping this death spiraling jet.  True, there are many benefits from an EXPONENTIAL growth in technology but tragically at the same time the heart of man cannot help but to use such technology for lawless and godless means, which in-turn ravish a culture and society at a rapid and EXPONENTIAL rate. The corruption and deterioration of moral absolutes and that of our nation's society have been off the charts since the 60's. This EXPONENTIAL fallout and consequence has destroyed marriage and the family unit, redefined marriage, aborted 55 million babies, made sodomy, lawlessness and lewdness accessible and acceptable and a personal right while daily condemning  and waging war on moral absolutes, those who adhere to them and Almighty God and his precious Word (Isa. 5:20, Rom. 1:18-32, 1 Tim. 4:1-4, 2 Tim. 3:1-7).

In light of today's compounding EXPONENTIAL societal speed, American society has become a rapidly changing immoral wasteland and a lawless bordello, full of mental ills and addictions. From top to bottom all adhere to the voices of Hollywood, the godless music industry and progressive media. These are mentally unstable individuals who live out there subjective lives to the beat of the "Do as what thou wilt" ideology and as a dependent herd of sheep they are addicted to the state for it's well being. Those today who are conservatives are also traveling at EXPONENTIAL societal speeds and have been blinded by delusional optimistic thinking that they can restore and save this burning Hindenburg or death spiraling jumbo jet.

The word "GREAT" or EXPONENTIAL is used some 30 times in the Book of Revelation alone; for such will be that Day and time that will overtake the world. 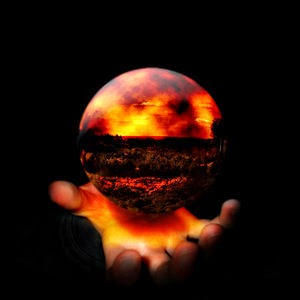 My dear friends, we are living in a day where technology is  rapidly changing every year! Our society is moving at the speed of a supersonic jet! What took centuries now only takes years today and what took decades now only takes days and what took days now only takes moments. The Day of the Lord is rapidly and supersonically approaching us and no wonder it will take over the world as a thief (1 Thess. 5:3)! The word "GREAT" or EXPONENTIAL is used some 30 times in the Book of Revelation alone; for such will be that Day and time that will overtake the world (Matt 24:21, Rev. 6-19).


What is wonderful to know is as our society and technology is moving at EXPONENTIAL speeds the GRACE and MERCY of Almighty God far exceeds those speeds allowing all to turn to Him.

What is wonderful to know is as our society and technology is moving at EXPONENTIAL speeds the GRACE and MERCY of Almighty God far exceeds those speeds allowing all to turn to Him (John 6:37, Rom. 2:4, Eph. 1:7).

My friend now is the time of salvation!  Today is the day to do business with the Almighty! For tomorrow you might not be. The Day of the Lord is TRULY at the hand and you do not want to be one of those who is overtaken and mowed down by the EXPONENTIAL destructive forces of a world in a supersonic death spiral (Rev. 6-19). 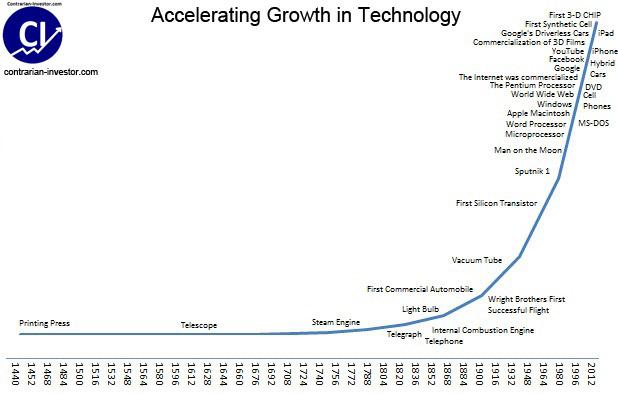 The Ignorant Fishermen at 12:07 AM