Have Yourself a Merry "Lawless" X-Mas 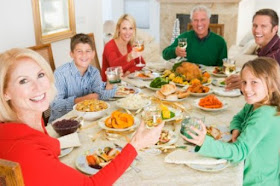 The majority of the world wants a godless and lawless existence (conservative and liberal) and desires for their lawless lives the fruits of RIGHTEOUSNESS by applying godless and lawless means (Rom. 10:2-4, 2 Peter 3:16, Jude 1:10). Even today, just as 2000 years ago the majority of the world still REJECTS Almighty God’s FREE GIFT of saving grace, redemption and ETERNAL LIFE which is found ONLY in Jesus Christ (Rom. 1:18-32). So when Christmas is in the air here in America... is it any wonder that the majority of Americans this season will be celebrating a Merry "X-Mas" and not a Merry CHRISTmas (Matt. 7:21-23,15:1-9, Phil. 3:19, Titus 1:16, Jude 1:10)? My dear friends, no offense to anyone. I do not want to ruin anyone's X-Mas... but wouldn't it be WONDERFUL if those who celebrated Christmas TRULY KNEW the very One who came to earth 2000 years ago and why we as a fallen world so desperately need Him in our lives; for here in time and for all ETERNITY future (John 3:16-17, Eph. 1:7, 2:2-10).

Is it any wonder that the majority of Americans this season will be celebrating a Merry "X-Mas" and not a Merry CHRISTmas.

The dear shepherds and at the birth of the Messiah were absolutely oblivious to who Almighty God TRULY was, why the present state and condition of the nation and what was their greatest need for their lives. Their greatest need was not to be free from under the yoke of and Herod, but to be delivered from the tyranny, oppression and bondage of Satan, their wretched fallen state and ETERNAL damnation (Rom. 7:24-25, Heb. 2:14-15).


Even today just as 2000 years ago the majority of the world still rejects Almighty God’s FREE GIFT of saving grace, redemption and ETERNAL LIFE.
.

Is today any different here in . The Bible can be found in our own tongue abundantly in every facet of our society, but is the most neglected and rejected book in our nation. Our nation is fully saturated today with godlessness, lawlessness, corruption, decadence, violence, the blood of millions of the unborn, lewdness, narcissism, drug addiction, sex addiction, greed (poor and rich) and the outright rejection of Almighty God and His infallible Word. The height of hypocrisy is that we run around saying Merry Christmas, God bless you, God bless America and Happy Holidays and are absolutely oblivious that we as a nation are about to reap the whirlwind and receive the full weight of Almighty God’s wrath coming up shortly in the Day of the Lord (Rev. 6-16). We as a nation (conservative and liberal) are looking for solutions by godless means. We are seeking political saviors who cannot save this sinking Titanic. We have replaced REALITY with vain and delusional optimism and demonic euphemisms. We as a people want to be delivered from all of the ills that plague our nation but we do NOT want to give up our lawless vices that got us here in the first place. Our day is no different than that night 2000 years ago when the world and the shepherds guarding their sheep were oblivious to what Almighty God was doing and what He was going to do. Think about it, how many people back then and here today are looking for Almighty God's TRUE Savior? The answer is a horrific, nearly none (Isa. 53, Matt. 7:13-14, John 1:10-11)!

The Ignorant Fishermen at 4:00 AM 2 comments:

Christmas is not Pagan or "Holiday" 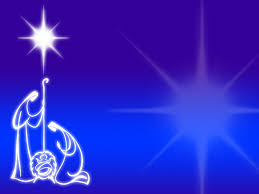 Each year around this time, in Facebook posts and elsewhere, we are certain to be lectured by well-meaning Christians on the "sinfulness" of celebrating Christmas. Their arguments can be persuasive. "In the Bible, God never told us to celebrate Christmas," they say. "Christmas has its roots in paganism," they say. So that must mean we're just dupes celebrating a pagan ritual when we ignorantly think we're gratefully celebrating the birth of Jesus. Who wants to celebrate what God never told us to celebrate and which supposedly has its roots in paganism? Not me! But are those things really true?

While there is no specific instruction in the Bible to honor or celebrate the birth of Jesus each year (and no, of course we don't know the actual date of His birth), neither is there any prohibition of it. Further, when you read the Gospel accounts of the birth of Jesus, it is clear that heaven and earth celebrated that miraculous event. Can you imagine the breathtaking awe felt by those humble shepherds at the sight of the multitude of heavenly host praising God on that powerful, wonderful occasion?


I can think of nothing more worthy of annual remembrance and celebration than the birth of Christ, alongside the celebration of His resurrection from the dead (the supposed "paganism" about which we are also lectured by those same well-meaning Christians. "The root word for Easter is the name of a pagan goddess!" they say). These events are part of the Gospel of salvation through Jesus Christ, the Son of God.

I submit to you that the truth is the opposite of these assertions of paganism. The claims that the pagan rituals in which Christmas (and Easter) supposedly are based pre- date Jesus' birth, earthly ministry, sacrifice and resurrection from the dead are wrong. Nothing "pre-dates" Jesus. He is the Lamb slain from the foundation of the world. He is outside of time, because He is before time. All things were made by Him, and without Him nothing – nothing – was made. He is God. His willing sacrifice to save the world was set and planned before the dawn of time and creation of the world.

All pagan (satanic) rituals, "holidays" and celebrations throughout history are nothing more than cheap imitation knock-offs of the Real Thing. Satan has always tried to set himself in the place of Jesus, to be the object of worship. Before being cast to earth, he tried the same thing in heaven. To this end, he has created myriad false religions and rituals, from blatantly pagan to sneaky, fake "Christian." Not only are these designed for Satan to soak up men's worship, but also to deceive men and keep them from coming to a saving knowledge of Truth found only in the Word of God.

In so many different ways, since the fall of man in the Garden, the devil has deceptively imitated and mocked Christ's ministry and message, even before they played out in time. So, no, the celebration of the birth of Christ – that we call Christmas – does not have its roots in paganism. It's the other way around. Satan has always stolen the ideas he has from Christ's truth, and then he twists and perverts that truth into lies and grotesque wickedness.

Another point to consider is the fact that the world, currently under Satan's lordship, despises and reviles all things of God and Christ. Thus, we see Satan's war on Christmas, waged by his servants the God-haters among us. If Christmas was truly based in satanic paganism, don't you think the devil would be fine with its presence in the public square? Instead, we now see almost every major corporation aggressively scrubbing even the mention of Christmas from their businesses and advertising.

It's irksome to see the ridiculous level this corporate purging of Christmas has reached. Having been in radio for 22 years, I've watched as the generic word "holiday" has slowly replaced Christmas in national radio ads. It would be silly if it weren't so devilish:

It's not "holiday." It's Christmas. No one sends out "holiday cards." They send out Christmas cards. No one does their "holiday shopping." They do their Christmas shopping. No one gives "holiday gifts." They give Christmas gifts. This is yet another example of the world doing its worst to obliterate even the mention of Christ – in this case, as it appears in the word Christmas. The giant corporations are glad to scrub Christmas from their advertising, but boy do they love to load up on national "holiday" ads in order to separate you from your Christmas cash!

Christmas is not pagan, and it's not "holiday." It is part of the greatest True Story in the history of stories. How fortunate we are that God so loved the world! Jesus, stepped down from the glory of His heavenly throne and into the form of man. He was born into the world He loved so much that He willingly offered His precious, sinless life in place of ours, and all we have to do is believe and accept His free gift salvation.

For those well-meaning Christians who deeply believe celebrating Christmas is wrong, an offense to God, then for them, it is wrong. Let every man be convinced in his heart. But, for those of us who view it as the celebration of the birth of our Savior Jesus Christ, then let us celebrate it with joy and thanks to God.

Posted with permission from Gina!  :  )

Gina Miller, a native of Texas and current resident of the Mississippi Gulf Coast, is a conservative Christian political writer and radio/television voice professional.

The Ignorant Fishermen at 1:07 AM No comments:
‹
›
Home
View web version