Fake News Trick or Treat or the TRUTH 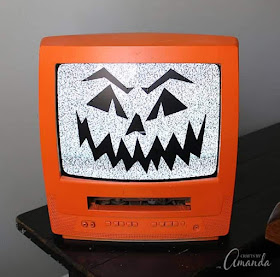 The Trick by the Fake News is quite evident. It is to deceive, fool, pull the wool over and make as many Americans as possible drink their deceptive socialist kool-aid. By the use of these tactics, they are manufacturing crisis after crisis and creating events to cause panic, while attempting to win over individuals to full reliance and dependence on the State. This is the sole desire and fascist game plan of the Fake News and the Red Democratic Party of today. They will seek to maintain these efforts until all citizen's rights and liberties here in America have dissipated into thin air. The Constitution stands in the way and the rule of Law only hinders the furtherance of their fascist designs for America. We have now as a president a man who is opposing Marxism's deceptive spread and placing it at bay for the moment, but the demonic trick by the American Left and Fake News media is to paint and slander President Trump as America's public enemy number one. 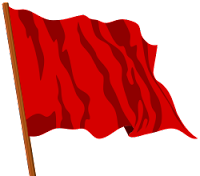 
For a brief moment of prestige and power, these have sold their very souls only to meet their ultimate and final doom. The Trick is on the Tricker, it would seem. 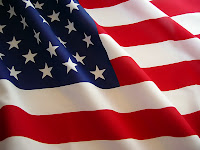 The Treat is all the promises and concessions that are made by conservatives to the citizens of the United States. By implementing conservative values we should be able to some what sustain a fallen world with relative harmony, prosperity, freedom and liberty. Even so, such a peaceful, desirable state might endure for a while, but even the Conservative treat in the end is loaded with razor blades and vile poison. It is a delusion - a false hope - in light of the realities of this world of fallen humanity and the consequences of its transgressions against the laws of Almighty God. In and by themselves, Conservative values have NO redeeming value and can never bring about the righteous perfection demanded by Almighty God for each individual, i.e., sinners (Rom. 3:23, 5:12-21). Conservatives are also pawns on the chessboard of time and must be eliminated to bring about Lucifer’s Man of Lawlessness (Eph. 2:1-2, 2 Cor. 4:3-4, 2 Thess. 2:2-10; Rev. 13), who is surely at hand.

In and by themselves, Conservative values have NO redeeming value and can never bring about the righteous perfection demanded by Almighty God for each individual, i.e., sinners.

The Truth is Biblical Reality, as found in the Book wherein is quoted, “Thus saith the Lord!”. In the end, Conservative ideology will be totally eliminated (Matt. 24, 2 Thess. 2:3-12, Rev. 13) so that lawless, socialistic fascism will reign in the earth (Dan. 7: 25, Rev. 13). The Man of Lawlessness (the anti-Christ) must and will reign during the seven-year Tribulation period, and despotically for the last 3 1/2 years. He and his legions will then be destroyed at the return of the King of kings and Lord of lords, the Lord Jesus Christ (Rev. 13:5). It is at this time that Almighty God’s Son will establish His 1000-Year Kingdom in true righteousness and justice (Is. 11:1-9, Zech. 14, Rev. 19: 20:2-4). That is the reality of what is to be.In this fallen world there can NEVER be peace and harmony (Is. 57:20, 64:6). The world in which we live in is a broken-egg world and there is absolutely no one in the world to repair it. Six thousand years of human history has shown us that. Sadly, even America with its godly heritage will show that it also cannot survive in this fallen world. The unbridled passions of men have won the day, as our Founders knew that it eventually would..

The unbridled passions of men have won the day, as our Founders knew that it eventually would.

Only the Creator and Sustainer of all - Almighty God - has the remedies and power to restore the lost and broken condition of all things caused by man (Is. 45:21-23, Mark 10:26-27). Only He can put the egg back together again through Christ, the Savior of the world! God alone is the only Savior.

"For, behold, I create new heavens and a new earth: and the former shall not be remembered, nor come into mind." (Isaiah 65:17)

In this day and hour of mass deception and cunning craftiness, may your source for light come only from Almighty God’s Word of Truth. He alone has the answers to life’s mysteries. May your eyes be fixed on Him alone -The Faithful and True One (Heb. 11:2, Rev. 1:5) - and not to the cesspool of politics in Washington D.C.

The Kingdom of Heaven is truly at hand!


What is Sin?.
Operation Slander

My friends, the EXPONENTIAL demonic movement behind all mediums of information today is absolutely ASTOUNDING to me! Lawless men are all in for lawlessness and are whole heartedly available and open to demonic deception and use (John 8:44, Eph. 2:1-2)! We can especially see and observe this EXPONENTIAL demonic movement in all facets of medium today in light of our nation's post 2020 elections and in light of the Biden crime family scandals etc.  In light of the Left's super aggression, "Fake News", critical theory agenda, coordinated narratives and unified montages, envy, love of lawlessness, rebellion and demonic defamation against moral absolutes, hatred of all that is good, demonic cover up and black outs, narcissistic aspirations, slanderous attacks against good individuals, destruction of men's characters, subtle euphemistic titles loaded with razor blades, their absolute love of death, their full-blown obsession of absolute power and their absolute hatred and abhorrence of Almighty God their ETERNAL Creator; they have been revealing to all who their Master and Father is; while playing, "monkey see, monkey do"   (Psalm 14, John 8:44, Rom. 1:18-32, Gal. 5:19-21, Jude 1:10)! To TRULY understand our day we need heavenly eyes and the Divine regenerate biblical perspective (Matt. 6:33, John 3:3-21, Col. 3:1-4)!

Lucifer, the Son of the Morning, the greatest creation of Almighty God, is the progenitor and father of "fake news" and the slander tactic (John 8:44; Ezek. 28:12, 15).

He is also called the Father of Lies, Satan (adversary), the Devil (slanderer), the Great Dragon (a consuming dreadful violent monster), and that Old Serpent (cunning and crafty for evil designs) - see Rev. 12:9.
.

These various names for Lucifer describe his godless character and actions against Almighty God, his Creator, and against God's ETERNAL Person and RIGHTEOUSNESS.


These various names which were given to Lucifer describe his godless character and actions against Almighty God, his Creator, and against God's ETERNAL Person and RIGHTEOUSNESS. These descriptions are given for us ("sons of Adam") to help us better understand who this Tyrant of Lawlessness truly is.
. 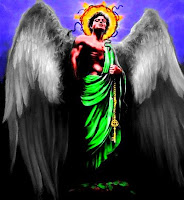 In ETERNITY past Lucifer enjoyed a relationship to Almighty God. I truly believe there was a point in his existence where he loved and adored the Triune God with all his heart. He had the chief place as Protector of the Holiness of God (Ezek. 28:14), and he was the worship leader and choir director of Heaven (Ezek. 28:13). Lucifer enjoyed all the heavenly blessings of his rank and position. As events proceeded, though, there came a time when he became proud, arrogant, envious and bitter. In his foolish heart, he sought the place of his ETERNAL Creator and Sovereign for himself, and he led a delusional rebellion against Almighty God in which he and his followers were cast out (Isaiah 14:12-15; Ezek. 28:15-18; Jude 1:6; Rev. 12:4).
.
Lucifer could have remained in his highly honored position indefinitely, enjoying the ETERNAL blessings and fellowship with His Creator. In his madness, however, Lucifer chose rather to abandon the confines of absolute reality and perfection for a vain existence in the darkness of make-believe and delusion. In his vain attempt to exalt and preserve himself at all costs, he rejected and abandoned all that was real, becoming a murderer of souls, a tyrant of humanity, a despot to the fallen angelic host and a mastermind of slander, false truths and darkness. He designed the slander tactic to deflect any righteous criticism and to distract attention from his lawless activity and diabolical intentions. Lucifer is now known as the Prince of Darkness (error, delusion, and vain imagination), for this is his reality (Isaiah 14:16-17; John 8:44; 1 John 3:8; Rev. 12:9).
.

In his vain attempt to exalt and preserve himself at all costs, he [Lucifer]....designed the slander tactic to deflect any righteous criticism and to distract attention from his lawless activity and diabolical intentions.
.
He is the adversary (Satan) against ALL reality, truth and ETERNAL absolutes, i.e., all that pertains to Almighty God. He is the slanderer (the Devil) against all those who stand in his way, especially those who trust and believe in Almighty God in Spirit and Truth, and so are His children and followers (John 8:44). He is the original father of  "Fake News".
. 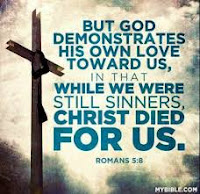 Return and Wake Up America Again With The ETERNAL Gospel of Jesus Christ! 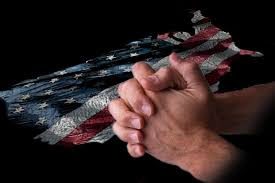 In this 2020 Election season, we are to be believers in Jesus Christ first and Americans second; for in doing the first, we will fulfill the second rightly in time! When this Divine order is kept in Almighty God's will, America will prosper physically, mentally, and spiritually as NEVER before! I personally believe that our nation was not spared in 2016 to "Make America Great Again" by obtaining and keeping our national sovereignty, economic growth, and prosperity; but for Almighty God's people to diligently and prayerfully get out Almighty God's saving message to all of Adam's race before the coming Day of the Lord (John 3:16-17, Rom. 5:11-21)!

We as His blood brought believers and anointed ones (Christians) need to go forth - in ALL meekness, in ALL genuine sincerity of love and GREAT joy and share the ETERNAL saving grace and Gospel of Jesus with all boldness and POWER in the Spirit of Truth

Again, by faith in Jesus, we need to fully redeem the little time which remains and is given to us as never before; for the Rapture Trumpet blast is at hand and the Day of the Lord at the door (John 14:3, 1 Cor. 15:51-58, Eph. 5:16-17, 1 Thess. 4:13-18; 5:1-11; 1 John 3:1-3, Rev. 6-19)! We as His blood brought believers and anointed ones (Christians) need to go forth - in ALL meekness, in ALL genuine sincerity of love and GREAT joy; and share the ETERNAL saving grace and ETERNAL Gospel of Jesus Christ with all boldness and POWER in the Spirit of Truth (Eph. 5:15-16)! It was the prayers of this nation's saints to Almighty God that has spared this nation thus far (Dan. 4:17) and it should be the desire of all these praying saints that a GREAT spiritual revival and turning to Almighty God in Spirit and TRUTH occur before the Day of the Lord arrives! God speed for Almighty God's glory!

The Ignorant Fishermen at 8:00 AM No comments:
‹
›
Home
View web version