Warning! Egypt and the U.N. Don't Mess With Israel! 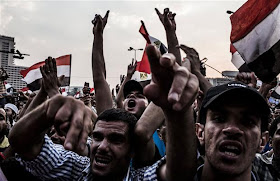 We are presently at a time when we are constantly seeing Israel’s border enemies ever more emboldened to stir up strife and lash out against Israel. We have now just witnesses the demonic rage towards Israel by the Islamic Brotherhood that has taken over the country of Egypt. As Israel sees it self ever alone in this big bad evil world DO NOT expect them to just idly sit by and watch their nation be wiped off the map of planet earth. With Iran ever breathing threats at Israel and Israel's border enemies doing like wise, the tentisons are high in the Middle East and in the world. We as Bible believers know without a shadow of a doubt that Almighty God has GREAT things for Israel but until they believe they will find that they are all alone in Satan's big bad Israel hating world (Zech. 12:2-3, 13:8-9, 14:2-3)!
.

Just in the last few days alone we have seen Gaza who have ties with Egypt lauch countless rockets into Israel seeking to bait her into war and provoke to engage them and rally world opinion and its leaders against them. ’s border enemies - especially the Palestinian people - sadly are nothing but the pawns and victims of the anti Semitic Arab nations, and .  These weaker Islamic nations are more than willing to heed these voices and are rabidly chomping at the bit to destroy and occupy ’s land.


Under Obama and the progressive Left we have seen America forsake and thrown her under the Islamic bus.

Also - as of late- we have seen the world led by the United States seeking to strip from Israel it present day borders and bullying them into a forced agreement with those who absolutely abhor them and seek their utter destruction. Sadly, has always been ’s strongest ally, but at present - under Obama and the progressive Left - we have seen America forsake and thrown her under the Islamic bus. With an anti-Israeli Europe and now a current anti-Israeli administration, ’s back is totally up against the wall and they know it.


Let me give a most solemn warning to ALL NATIONS of the EARTH, DON'T MESS WITH THE APPLE OF ALMIGHTY GOD'S EYE.


As we draw closer to that FINAL HOUR, expect Israel’s demonic wrathful psychotic enemies to continue to rage and fight AGAINST Israel and their right to existence in the world.
The l of has been given solely unto the children of forever by Almighty God and if you can destroy the ETERNAL RIGHTEOUS GOD OF ALL CREATION then you can have the land (Deut. 11:24-25, Josh. 1:3-5, Ezek. 40-48). My friend’s, that is what the FINAL battle of Armageddon is all about (Zech. 12:2-4, 14:2-4, 2 Thess. 2:8-12, Rev. 16:13-16), seeking to over throw Almighty God!

My friend, as these events continue to unfold right before our very eyes may you be sure that you know the Savior of the world, King of the Jews and Lord of ALL creation, the Jesus Messiah as your personal Savior. All depends on what you will do with ALL that He has done for you (John 3:16-17, 2 Cor. 5:12-21)!


The is TRULY at hand!
DJP I.F.
The Ignorant Fishermen at 3:55 AM No comments: 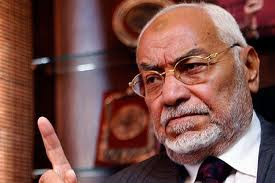 As of today the Islamic Brotherhood has officially taken over . The very first thing out of their mouth was death and destruction to , to the Jews and that they will take . My dear friends I want to set the record straight for any who might be wondering what will now become of under this new radical Islamic leadership and the nation of . Firstly we personally believe that if a pre - “Gog” Islamic confederacy (Ezek. 38-39) seeks to attempt in their rage and envious vindictive aggression to take over Israel and cast them into the sea that Israel will then greatly defend herself and institute the Limbaugh Doctrine at once holding absolutely nothing back. knows that it cannot trust the Islamic Brotherhood friendly President Obama and progressives who are at present in power in Washington D.C. Secondly, we are at the very door of the time continually mentioned in Almighty God’s Word as the Day of the Lord. My dear friends and to those of you who may be scoffers, all these things at present are absolutely setting the table for this time period (the Day of the Lord) to commence. For things are ever clearer then could be anticipated. The table is fully set and are just awaiting the guests of the Rapture, anti Christ and then the Four Horsemen (Dan. 9:26-27, 2 Thess. 2:3-12, Rev. 6-19).


For things are ever clearer then could be anticipated. The table is fully set and are just awaiting the guests of the Rapture, anti Christ and then the Four Horsemen. 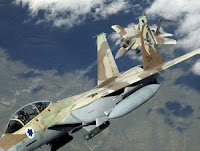 When the present world in which we are living in is becoming extremely more hostile and aggressive towards DO NOT expect to see Israel idly stand by and let the world decide their fate and eradicate them from off of the face of the earth. is a military might in that region with nukes and is armed to the teeth. They have one of the best armies in the world and have been veterans since 1948. As the world continues its anti-Semitic agenda they will one day choose to look the other way and allow ’s enemies in that region to grossly cross the line with . It will BE THEN that - in the reaction of self defense and national survival – WILL FINALLY strike back with great fury and military might. It will be at this time that will TOTALLY institute the "Limbaugh Doctrine" against their border enemies and absolutely secure their borders. They will obliterate and wipe out their border enemies unto the point that they will achieve finally complete safety and security (Ezek. 38:8, 11-12). will bring about their “own” peace - for a short while until the rise of the Anti Messiah (Zech. 13:8-9, Rev. 12, 13) and the world at that time will be forced to recognize it (Ezek. 38:8,11-12).


It will be at this time that will TOTALLY institute the "Limbaugh Doctrine" against their border enemies and absolutely secure their borders. 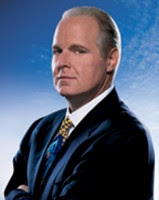 DJP I.F.
The Ignorant Fishermen at 3:27 PM No comments:

My friends, let me quote Almighty God once more.
For God so loved the world, that he gave his only begotten Son, that whosoever believeth in him should not perish, but have everlasting life. For God sent not his Son into the world to condemn the world; but that the world through him might be saved (John 3:16-17).
My beloved, I do not know how to state anything more wonderful than that! Beloved, enjoy and rejoice in Almighty God! Let him LOVE you as only He can in these ever trying days.

The is at hand!

Heaven’s Eternal Perspective Will Set You Free!
What is Sin - A must read!

The Ignorant Fishermen at 2:19 AM No comments:
‹
›
Home
View web version